Solo Gelato plans to disrupt the ice cream industry with its innovative NESPRESSO-style capsule system for instant fresh ice cream, Barry Callebaut has been helping to bring this goal to fruition 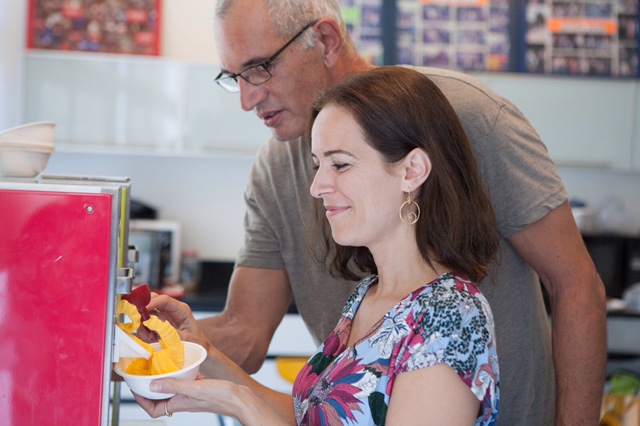 Solo Gelato is a young startup company based in Israel and led by former high tech entrepreneur and gelato expert, Barak Beth-Halachmi.

In the last five years it has been developing a NESPRESSO-style capsule system that makes fresh ice cream in an instant.1

Barry Callebaut’s partnership with Solo Gelato began through mutual involvement with MassChallenge — a global startup accelerator that offers up to $2m in equity-free funding for high-impact startups each year.

It was during his gastronomy studies in Parma, Italy, that Beth-Halachmi first came up with his idea. Inspired by his love of gelato and with a background in high tech, he saw an opportunity to disrupt an industry that had remained largely unchanged for the last 150 years.

Beth-Halachmi set to work developing his idea and by the time he applied to join MassChallenge, Solo Gelato had grown to a team of five with an advanced version of its prototype well on the way to completion.

Barry Callebaut joined MassChallenge as a founding member of its Swiss branch in 2016, alongside other big industry names such as Nestlé and Givaudan.

Massimo Selmo, Head of Global Sourcing at Barry Callebaut: “MassChallenge not only gives us access to new product ideas and innovative solutions we might never be able to create in house… we get to know a talented pool of bright young people with an entrepreneurial spirit.”

In addition to funds, the organisation supports startups by providing free office space, mentoring from industry experts and unparalleled access to corporate partners. The aim is to help high-potential young businesses define their future and maximise their impact.

Antoine de Saint-Affrique, CEO at Barry Callebaut, said: “MassChallenge is a unique opportunity for us to tap into open innovation and be the first to learn about potentially disruptive ideas for our industry.”

Beth-Halachmi was attracted to MassChallenge by the prospect of meaningful partnerships with big industry players — something not always readily available to small, young businesses.

Working with the world’s largest chocolate company has been an excellent opportunity for the Solo Gelato team to develop its product and business model. The huge wealth of resources and expertise available is something Beth-Halachmi refers to as 'startup Disneyland'.

This relationship has mutual benefits too. Solo Gelato’s product does not directly compete with any of Barry Callebaut’s offerings and opens up avenues of business that might not otherwise have been considered.

Through MassChallenge, Solo Gelato has also benefited hugely from mentorship from Nestlé and Givaudan. However, it is their partnership with Barry Callebaut that has proved the most productive.

Working together to achieve excellence 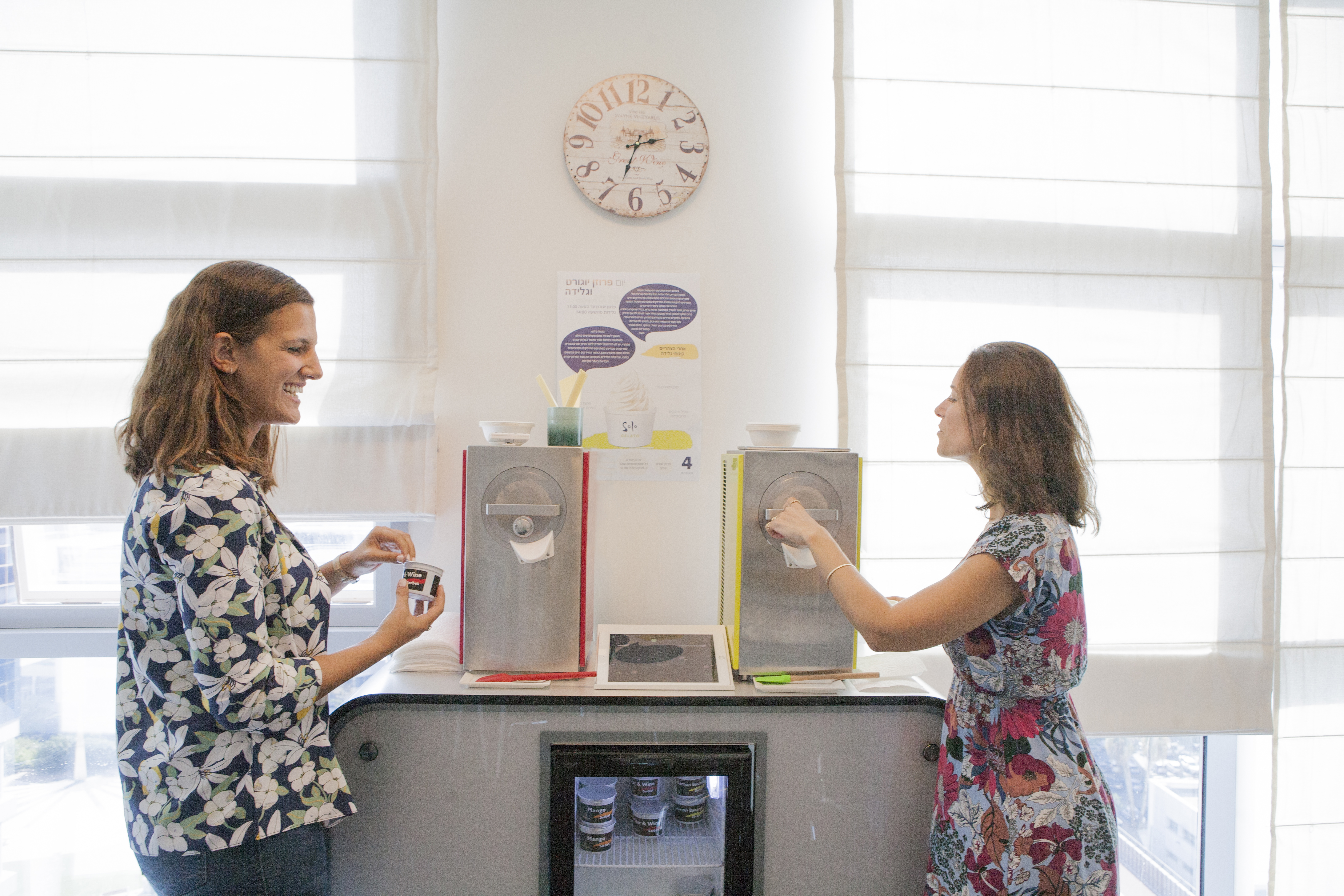 Since the partnership began last year, the Solo Gelato team have attended the CHOCOLATE ACADEMY in Wieze, Belgium. Here, the company learned about the art of chocolate making and working with Barry Callebaut products. This training was important to ensure the excellence of Solo Gelato’s chocolate products.

Next, it plans to attend the CHOCOLATE ACADEMY in Milan for more gelato-focused training and product development.

The purpose of this visit was to test whether the recently launched Callebaut Chocogelato mixes could work in the Solo Gelato capsules. The testing was successful and produced wonderfully fresh, great tasting chocolate gelato.

Fabrizio and Freek were also able to discuss the ways that the Gourmet team in Europe might help Barak and his team to expand the business on the continent. The upcoming artisan gelato trade show in Rimini, Italy (Sigep), was identified as an important opportunity for Solo Gelato. As such, it was agreed that Barry Callebaut would showcase the Solo Gelato machine at this event.

2018 looks set to be a big year for Solo Gelato and its continued partnership with Barry Callebaut. The first half of the year will be spent planning the details of its product launch.

Following an intensive period of research and development to get its product right, Beth-Halachmi stresses the importance of a strong launch plan. This is where mentorship from Barry Callebaut colleagues is again invaluable with their extensive experience of bringing new products to market.

The second half of 2018 will be concerned with executing the market launch plan and introducing its product to the world.

Barak Beth-Halachmi, CEO Solo Gelato, said: “It has been a long, hard journey, but our relationship with Barry Callebaut has been one of the most illuminating and fun parts of it.”