RefluG: strategies for the symptomatic relief of GORD

Giellepi has developed two devices for the treatment of GORD symptoms

Gastro-oesophageal reflux disease (GORD) is a digestive disorder affecting people of all ages, from infants to older adults. Its prevalence is increasing worldwide ranging from 21% in Europe to 28% in USA [1, 2].

GORD is defined as troublesome symptoms or mucosal damage produced by the abnormal reflux of gastric contents into the esophagus. Left untreated, GORD can be associated with unpleasant symptoms such as heartburn and regurgitation as well as a number of complications including structural damage of the esophageal epithelial barrier. 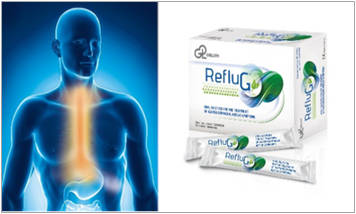 Giellepi Health Science Division has developed two medical devices for oral use, RefluG and RefluG Isorepair, both indicated for the treatment of GORD symptoms but each working via a distinctive mechanism of action demonstrated experimentally by in vitro/ex vivo studies.

RefluG is a raft-forming formulation based on galactomannans (from Trigonella foenum-greacum) that act by a non-systemic mechanism to minimise the exposure of the esophagus to acid reflux. When RefluG is administered, it immediately forms a viscous gel layer or physical barrier on the top of the gastric acid contents.

The floating barrier remains located at the lower esophageal sphincter (LES) and prevents the acidic gastric content from getting refluxed into the esophagus providing symptomatic relief. Furthermore, calcium carbonate and sodium carbonate help to reduce the stomach hyperacidity while hyaluronic acid and Malva sylvestris exert a mucosal protective effect. 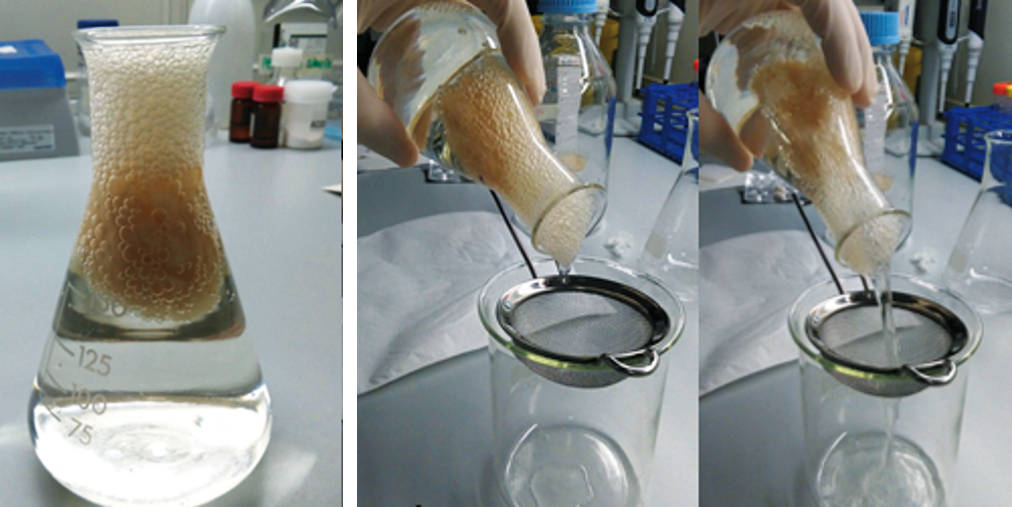 Figure 1. Raft forming test. RefluG™ was added to a 0.1N HCl solution, maintained at 37°C in a glass flask. Within 2 minutes the product floated on the surface forming a persistent “raft” acting as a physical barrier which prevent reflux episodes and symptoms.

An in vitro experiment to assess the raft-forming capability of the medical device confirmed that RefluG forms a floating raft-like structure in less than 2 minutes in a simulated reflux model (fig. 1). Notably, the raft formed by RefluG is resistant up to 30 minutes of vigorous movement conditions.

The purpose of an efficient GORD treatment should be to relieve disease-related symptoms and at the same time to heal the esophageal mucosa in order to prevent relapse and complications.

RefluG Isorepair is a liquid formulation in single-use sachets containing hyaluronic acid, rice extract, and amino acids dispersed in a bioadhesive polymer matrix formulated to prolong the adhesion time within the mucosa. It is clinically proven to relieve heartburn, regurgitation and discomforts typically associated with GORD [3] protecting the esophagus via an innovative mechanism of action different from those products containing antacids or raft-forming agents. 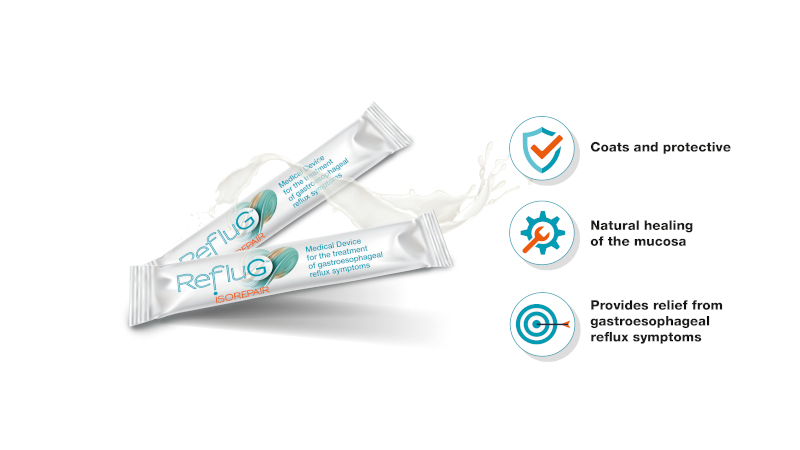 In brief, RefluG Isorepair coats the surface of the esophageal mucosa limiting the contact of irritating agents including acid and non-acid reflux which may impair the physiological epithelial barrier increasing the mucosal permeability and eventually leading to a state of inflammation. The protective and regenerative effect of RefluG Isorepair against esophageal mucosal damage was evaluated using different in vitro and ex vivo models of gastroesophageal reflux [4].

Results showed that RefluG Isorepair is able to bind epithelial cell surface in a long-lasting manner up to 60 minutes. The bio-adhesive layer protects the tissue against irritant agents and promotes the integrity of the esophageal mucosa. In particular, RefluG Isorepair was found effective in reducing permeability of the mucosa in response to bile salts cocktail (BSC) used as irritating agents (figure 2). 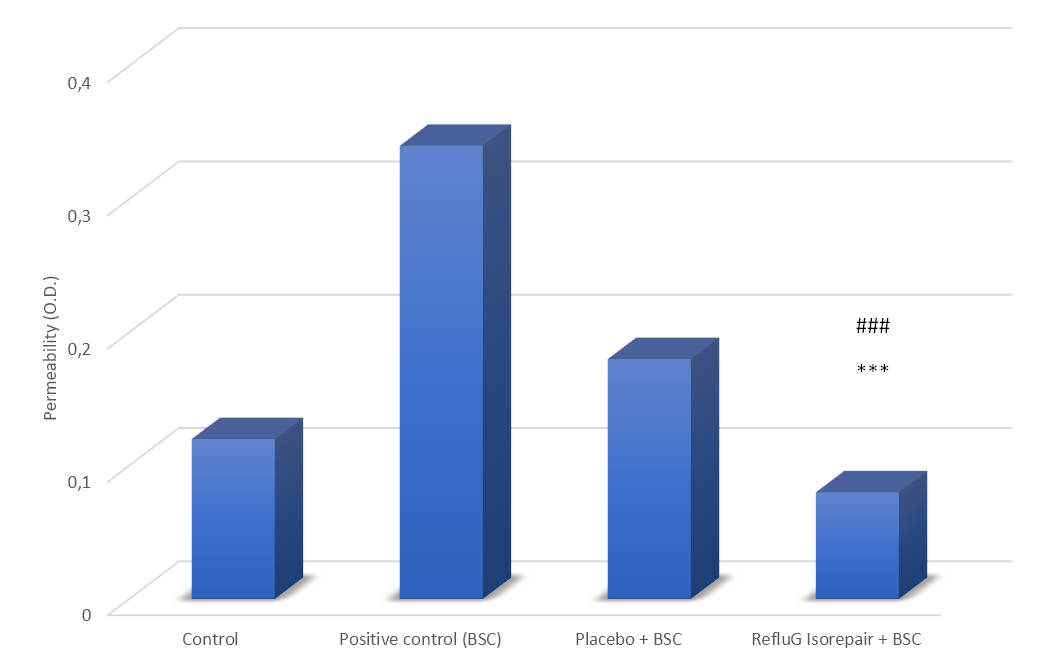 Moreover, RefluG Isorepair produces a marked lubricating action reducing friction and limits discomfort during swallowing in case of inflammation. As a result of its mucoadhesive properties, the medical device promotes the physiological cell regeneration process and wound healing.

Giellepi is licensing the devices worldwide under private labels.