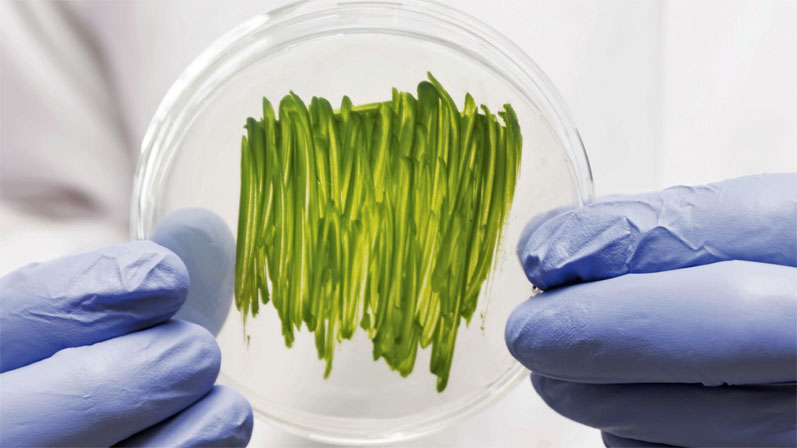 The liver performs a wide array of vital functions: protein manufacturing, bile secretion, drug metabolism and blood detoxifying. With its approximately 1.5 kg of weight, this organ plays a key role by regulating sugar, protein and fat levels in the blood. In fact, the liver is effectively involved in every metabolic process in our body.

It’s therefore not surprising that our modern lifestyles, which are characterised by metabolic imbalances (excess calorie consumption coupled with insufficient physical activity) are taking a great toll on the liver and, ultimately, our health.

Indeed, the unwanted build-up of lipid (fat) deposits in the liver, known as non-alcoholic fatty liver (NAFL), has now reached alarming proportions. It is estimated that 25% of the population in developed nations suffers from NAFL (in the US alone, 100 million people are thought to have NAFL).

A significant proportion of those with NAFL go on to develop serious liver conditions.

Although age, gender and genetics play a key role in the risk of developing NAFL, the main risk factors are obesity and diabetes

The good news is that NAFL is preventable and reversible. This can be achieved by lifestyle changes such as weight loss and exercise.1,2 However, as many find sustaining a wholesome lifestyle a challenge, scientists are looking for other ways to help maintain a healthy liver. Fucoxanthin is an example of a dietary supplement that’s being studied for its effects on metabolic health in general, and liver health in particular.

Fucoxanthin is an orange-coloured carotenoid found naturally in seaweed and microalgae. It plays a part in photosynthesis and helps to protect the plants from oxidative stress. As a component of seaweed, fucoxanthin has been present in the Japanese diet for generations.3 Clinical trials suggest a possible role for fucoxanthin in promoting metabolic and liver health.

A study of obese women (double-blind, randomised, placebo-controlled, n = 115) found that administering a combination pomegranate seed oil and a fucoxanthin-rich seaweed extract for a period of 16 weeks resulted in a significant reduction in body weight and, importantly, liver fat content.4

Another study (double-blind placebo-controlled, n = 33) examined mildly obese adults (men and women) who supplemented their diet with fucoxanthin (for a period of four weeks). Fucoxanthin significantly reduced their body weight and abdominal fat by acting on both visceral fat (fat stored within the abdominal cavity) as well as subcutaneous fat (fat stored directly under the skin).5

In accordance with the observations made in clinical studies, obesity models in rodents consistently find that dietary supplementation with fucoxanthin results in reduced lipid accumulation in the liver.

Researchers have studied the effect of fucoxanthin on liver health by comparing animals fed with a high-fat diet with/without fucoxanthin supplementation.

A high-fat diet causes the accumulation of lipids in the liver; however, this is significantly reduced when fucoxanthin is included in the diet.6,7 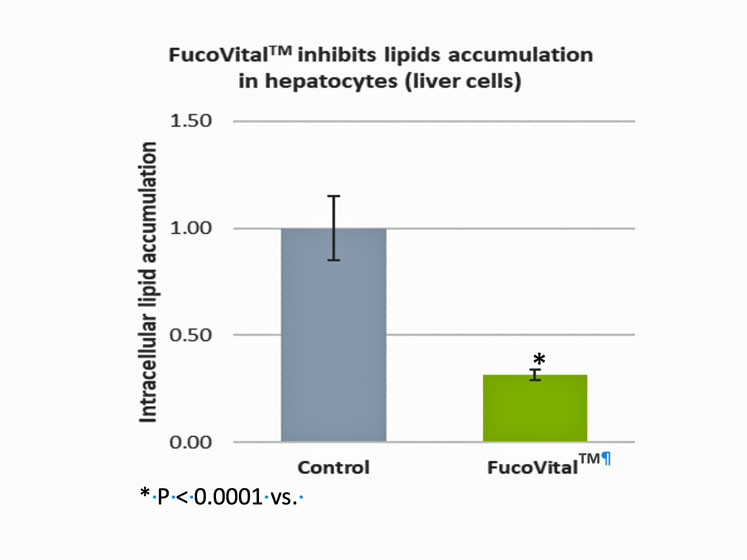 A recent study by Dr Joseph Tam, Head of Obesity and Metabolism Laboratory at the Hebrew University of Jerusalem, and his team found that a microalgae-derived fucoxanthin extract (FucoVital, Algatechnologies) significantly inhibits lipid accumulation in hepatocyte liver cells (Figure 1).

Moreover, fucoxanthinol, a metabolite of fucoxanthin found in human plasma after the oral consumption of fucoxanthin, was also found to be an efficient inhibitor of cellular lipid accumulation.

FucoVital is the only 3% fucoxanthin extract that targets the first stage of fatty liver by reducing the simple accumulation of fat in the liver. Algatech’s FucoVital is the first fucoxanthin derived from microalgae and is cultivated year-round in an industrial closed and controlled system, fully exposed to natural sunlight.

It’s the only fucoxanthin extract to have obtained a new dietary ingredient notification (NDIN) by the US FDA and the first and only microalgae-derived fucoxanthin product on the market.

Fucoxanthin is a safe ingredient that has been sold in the US and Asia as a dietary supplement for many years, primarily as concentrates or extracts of seaweed such as Macrocystis, Laminaria and Undaria. Classic fucoxanthin production relies solely on harvesting seaweed, which has extremely low fucoxanthin concentrations.

Moreover, the supply of seaweed has always been limited, relying on the harvest seasons and subject to issues with heavy metals and other contaminants accumulated from ocean pollution.

In summary, our modern lifestyle is taking its toll on the liver. The number of people with unhealthy fat accumulation in the liver is increasing. Fucoxanthin, a natural carotenoid, may support efforts to maintain a healthy liver. Therefore, the news of microalgae derived fucoxanthin is very exciting and promising to the nutraceuticals market.