The resource aims to tackle anaemia, in line with the WHO’s 2025 targets 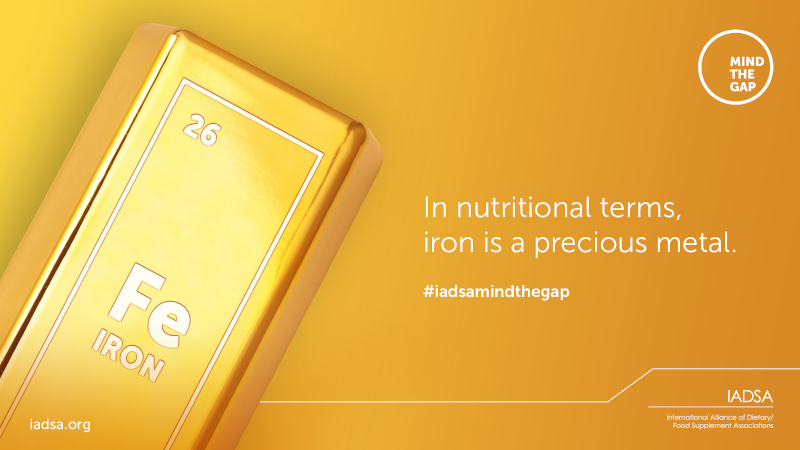 IADSA has launched a Mind the Gap resource highlighting the role of iron supplementation in reducing anaemia among women.

Entitled ‘Precious Metal: The role of iron in the global fight against anaemia’, it is available to view now.

Anaemia is a condition in which the size and number of an individual’s red blood cells fall below a certain level. This impairs the ability of the blood to carry oxygen around the body, which can affect, for example, physical capacity and work performance.

The Mind the Gap resource focuses on a target set by the WHO to halve rates of anaemia among women of reproductive age by 2025. In pregnant women, the condition carries a greater risk for the mother and unborn baby.

Iron deficiency is the most common cause of anaemia, responsible for an estimated half of all cases. In a policy brief, Global Nutrition Targets 2025: Anaemia, WHO says that “a diet containing adequate amounts of bioavailable iron should underpin all efforts for prevention and control of anaemia”.

Poor nutrition in many parts of the world means that iron consumption among pregnant women is lower than it needs to be. As a result, WHO recommends iron supplementation for certain at-risk groups.

Simon Pettman, Executive Director of IADSA, said: “Reducing anaemia by 50% among women of child-bearing age is a global challenge with huge potential health benefits that could impact the lives of millions of women across the world. We trust that this Mind the Gap story will help raise awareness of the importance of the WHO target.”

Mind the Gap is an information resource created by IADSA – the International Alliance of Dietary/Food Supplement Associations. The resource seeks to fill gaps in scientific knowledge, while promoting real-life examples of successful national nutrition programmes.