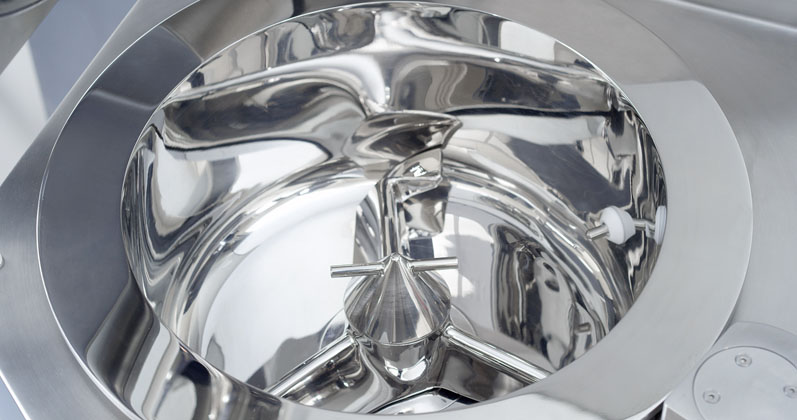 The commercial-scale production of nutraceuticals can be challenging because of the different and variable physical properties of the natural ingredients involved and the high active content in many formulations. As a result, optimising critical powder characteristics such as particle size, flow, compressibility and moisture sensitivity is paramount.

Quite often, an intermediate manufacturing step is needed to create oral solid dosage (OSD) forms (capsules and tablets) with the required specifications. However, nutraceutical manufacturers can effectively reduce both processing time and costs by using pharmaceutical-grade equipment that ensures consistent final product quality, the correct potency and, at the same time, improves yield.

Wet granulation is one of the most significant unit operations in the production of nutraceutical OSD forms and facilitates the conversion of difficult-to-process powders into free-flowing granules.

Granules increase the density and flowability of the bulk mixture so that it occupies less volume per dosage weight; this makes it easier to administer higher doses of active ingredients and enhances volumetric dispensing.

At the same time, wet granulation reduces the incidence of dust during production and improves the appearance of the final product — especially if it’s packed in sachets. As such, the ideal granule should be spherical in shape for improved flow and retain a sufficient percentage of fines to fill the empty spaces between each granule for better compaction (capsules), compression (tablets) and filling (sachets).

Among the currently available techniques, single-pot granulation is a very flexible one with a number of key benefits:

Single-pot processing is an ideal technique for many different applications and products, including conventional wet granulation and drying, melt granulation, palletisation and effervescent formulation.

Milk thistle (Silybum marianum) is a herb with recognised medical properties; its seeds contain silymarin, a group of compounds known for their antioxidant and anti-inflammatory properties.

MTE powder comprises extremely fine and irregularly shaped particles that flow poorly, which makes it difficult to process into hard capsules or compressed tablets. Granulating MTE in a Roto Cube single-pot processor improves its flowability: using only water as the granulating liquid, there’s no need to use a binder or other excipients in the formulation.

The combined effect of a high impeller speed and time-managed shear forces (according to the mass) delivers sphere-like free-flowing agglomerates.

A proven granulation procedure to manufacture MTE granules has been developed by FMC with support from IMA Active. In a contained environment (dust generation is prevented by vacuum), MTE raw powder is loaded into the Roto Cube bowl. Pure water is rapidly sprayed onto the powder during mixing via a peristaltic pump.

MTE is poorly water-soluble but, once wet, exhibits self-binding properties. Under the influence of the Roto Cube’s high-shear impeller, the mass particles become plastic enough to generate sphere-like agglomerates.

The amount of water required varies according to the volume of raw material used, which can be automatically managed by Roto Cube’s control system (by adjusting the impeller torque [Figure 1]). Once the granules have been obtained, drying can begin.

Figure 1: The amount of water required during granulation can be automatically managed by Roto Cube’s control system

The jacketed process bowl is heated and a vacuum is applied to promote water evaporation. The impeller speed is then reduced to a minimum to gently agitate the granules and promote heat transfer between the heated bowl and the bulk mass (Figure 2). 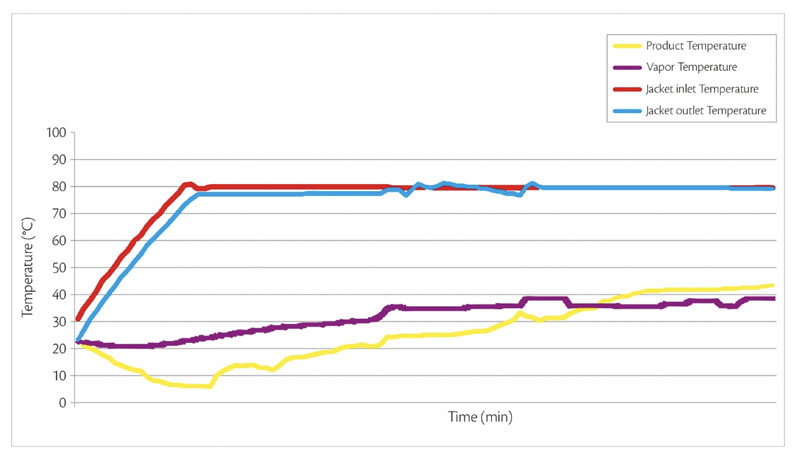 The drying end-point is achieved when the residual moisture content (LOD) returns to the same value as the MTE raw material.

The dried granules are subsequently unloaded and sized using a conical mill that’s integrated into the Roto Cube discharge valve. Characterisation of the sized MTE granules shows how both density and flowability have improved compared with the starting raw powder (Table I).

Table I: Characterisation of the sized MTE granules

In conclusion, single-pot granulating MTE in a Roto Cube is a fast and highly reproducible process that, equipped with a control system with impeller torque monitoring, can help manufacturers to overcome powder variability issues. No further weight variations are expected on high-speed encapsulation or tablet press machines.