The supplement contains the Bimuno GOS prebiotic ingredient, the most studied ingredient of its kind 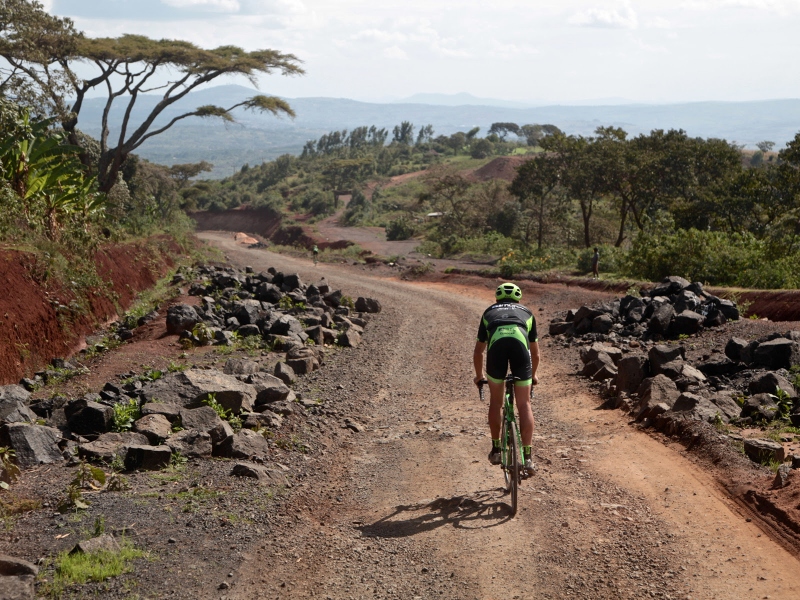 British cyclist Nick Bourne has announced he will attempt to break the world record for riding the entire length of the African continent by completing the 10,375km journey in under 30 days. Bourne has partnered with Bimuno, the direct-to-consumer (D2C) prebiotic supplement brand from Clasado Biosciences.

The challenge sees a cross-continent cycle from Cairo to Cape Town as part of the Race to Net Zero campaign, which aims to draw international attention to the higher than average rate of climate change being experienced in Africa. To ensure his footprint remains at an absolute minimum, Bourne will complete the ride solo and self-supported, meaning he will carry gear, food, and water.

"I want to demonstrate that it is possible to make changes to how we do things, no matter who you are or where you come from," says Bourne. "If each of us make small but important changes in our daily routines, we will create change at the scale necessary to address climate change and restore some of the damage that has been wrought on environmental systems."

The attempt begins on February 10, 2023, following a route that starts in Cairo, Egypt, before weaving through Sudan, Ethiopia, Kenya, Tanzania, Zambia, and Botswana before the final leg of his journey takes him to Cape Town on the southern tip of South Africa.

The ride requires the former Great Britain cyclist to travel an average distance of over 250 miles per day in some of the most extreme conditions on Earth. While he has made the journey before as part of an international team, this will be his first solo attempt.

“I’m confident I can do it if I don’t get the extreme heat, like we did in 2015. On our hottest day in the Sahara the mercury topped out at 51°C and at those temperatures, human cells start to become irreversibly damaged,” Bourne added. “The reality is that most of the populations that live in these areas have no alternative but to stay put and hope that the science about climate change is wrong.”

Bimuno is sponsoring the Race to Net Zero, with Bourne using the prebiotic supplement, which is Informed Sport certified, as part of his daily routine. The unique formula is scientifically backed to support better gut health through the nourishment of bifidobacteria, a beneficial bacteria associated with improving aspects of health relating to immunity, digestive and cognitive areas.

The supplement contains the Bimuno GOS prebiotic ingredient, the most studied ingredient of its kind, which is backed by over 100 scientific publications, including more than 20 clinical trials.

Bourne’s journey will be documented on his social media and Strava profiles. In addition to shining a spotlight on some of the areas most affected by global climate change, the ride aims to raise money to build a 100% sustainable zero emission residential centre for the Safari Simbaz Cycling Charity in Kenya.