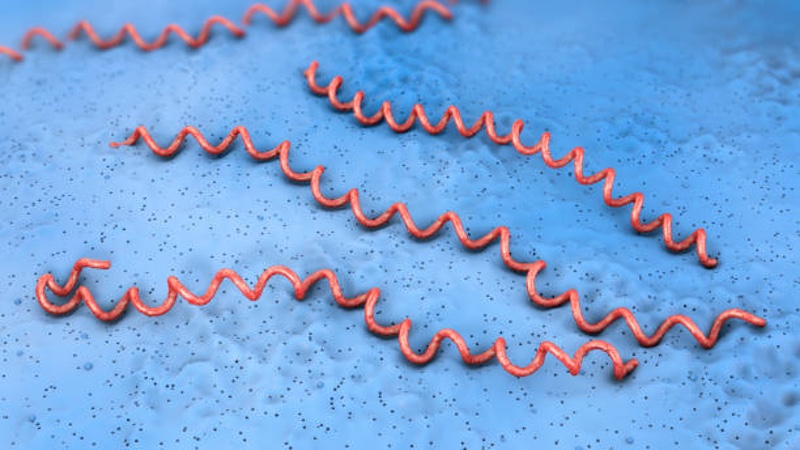 Lyme disease, also called borreliosis, is the most common vector-borne disease in the Northern hemisphere. It is caused by the spirochete (corkscrew-shaped) bacterium Borrelia burgdorferi and close relatives and mainly spread through the bite of infected ticks.

Currently, more than 300,000 new cases are reported in the USA each year, compared to 65,000 in Europe, and these numbers are rising due to climate change and urban sprawl. The standard of care for Lyme disease, a course of antibiotics over 2-4 weeks, is not always effective: at least 10-20% of treated patients continue to experience symptoms after treatment. The discovery of novel treatments against Lyme disease is therefore of great interest.

In a new study published in Frontiers in Medicine, researchers from the Johns Hopkins Bloomberg School of Public Health, with colleagues at the California Center for Functional Medicine and Focus Health, surveyed the power of 14 plant-based extracts to kill Borrelia burgdorferi, compared to the currently used Lyme antibiotics doxycycline and cefuroxime.

The researchers tested these extracts’ effectiveness in vitro (outside of a living organism) against the free-swimming "planktonic" form of the bacterium as well as against microcolonies. Microcolonies are aggregates of bacteria, the first stage in the development of biofilms – structured bacterial communities that stick to a surface and are embedded in a slimy extracellular matrix.

Ghanaian quinine is a shrub from West Africa containing the antimicrobial alkaloid cryptolepine, and is used in ethnomedicine to treat malaria, hepatitis, septicemia, and tuberculosis.

Japanese knotweed is a traditional medicine in India and China that contains the polyphenol resveratrol. In other preclinical studies it has been found to have anti-tumour and anti-inflammatory effects and protect the nervous system and heart.

Extracts from both plants were found to kill microcolonies of B. burgdorferi and inhibit division of the planktonic form, even at low concentrations (0.03-0.5%). Remarkably, a single 7-day treatment with 1% Ghanaian quinine could completely eradicate the bacterium – it did not regrow, even under optimal conditions in the drug's absence.

“This study provides the first convincing evidence that some of the herbs used by patients such as Cryptolepis, black walnut, sweet wormwood, cat's claw, and Japanese knotweed have potent activity against Lyme disease bacteria, especially the dormant persister forms, which are not killed by the current Lyme antibiotics,” said Dr Ying Zhang from the Johns Hopkins Bloomberg School of Public Health.

“These findings are exciting as they offer opportunities for improved treatment of persistent Lyme disease, which is not helped by the current standard treatment. We are interested in further evaluating these potent herbal medicines through animal studies as well as clinical trials,” Zhang added.

However, not all tested compounds or herbs yielded positive results against the bacterium. Extracts of grapefruit seeds, green chiretta, ashwagandha, candy leaf (also known as stevia), fuller's teasel, and Japanese teasel had little or no effect, and neither did the chemicals colloidal silver, monoglyceride monolaurin, or antimicrobial peptide LL37 from human immune cells.

This was surprising, as anecdotal and preclinical studies suggested that they might be effective, and they are often used in the community of Lyme disease practitioners and patients.

Co-author Jacob Leone of the FOCUS Health Group stressed: “Patients and their clinicians are increasingly turning to herbal remedies as additional treatment options, and we hope that these findings will help point the way toward a greater understanding of these therapies. But further preclinical studies and clinical trials will be required to establish evidence for effective treatment of Lyme disease patients.”