Sabinsa ends the year with more good news about achievements 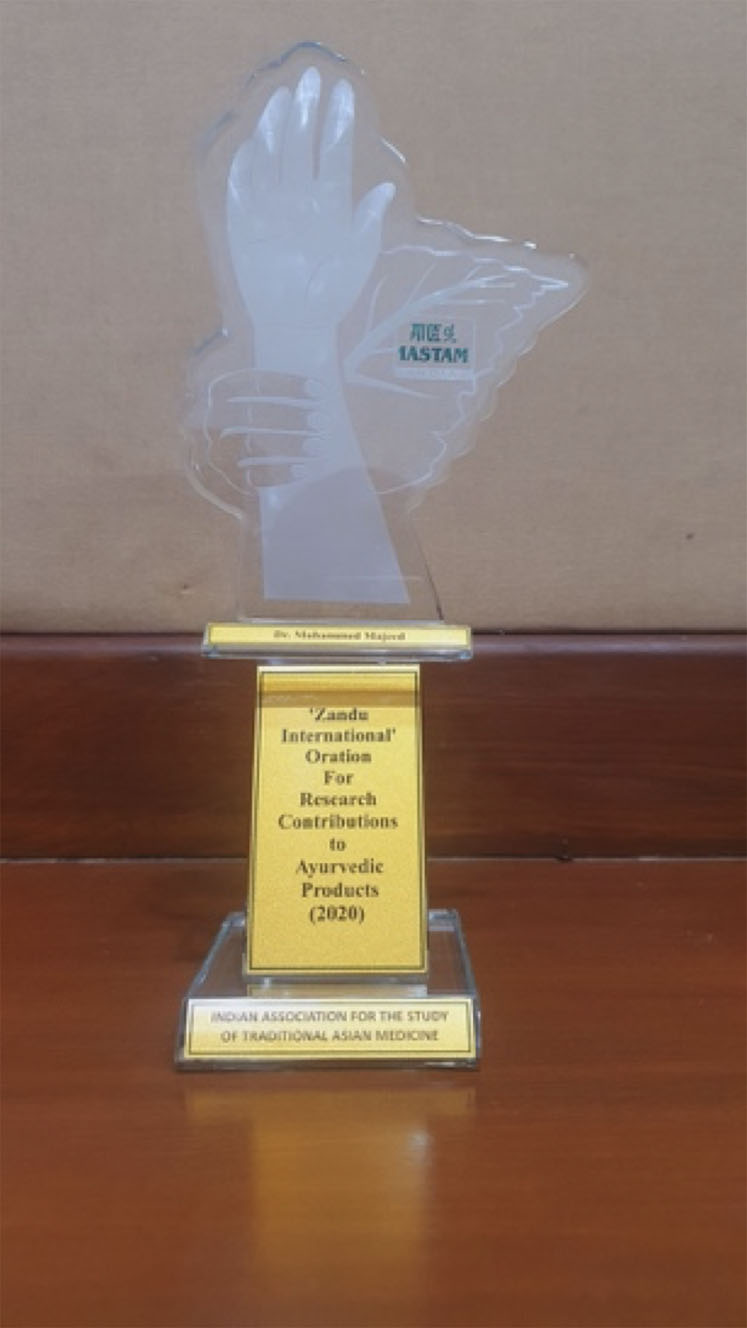 The Confederation of Indian Industry (CII) recognised the Sami-Sabinsa Group with two awards for IP property, and Sami-Sabinsa founder and Chair, Dr Muhammed Majeed, was honoured by the Indian Association for the Study of Traditional Asian Medicine (IASTAM).

Additionally, the company has been granted five new US patents, including strengthening IP protection on its flagship probiotic, LactoSpore with new applications and additional patents for novel compositions.

The Indian Association for The Study of Traditional Asian Medicine (IASTAM) honoured Dr Majeed with the Zandu International Oration award for ‘Excellence in the field of biology and research on Ayurvedic products’ on 13 December 2020.

The award is a recognition of the important role Dr Majeed has played during three decades in globalising understanding and acceptance of the scientifically validated benefits of Ayurveda, particularly in the nutraceutical sector.

Speaking of IP, Sabinsa’s shelf-stable probiotic LactoSpore was awarded two new US patents. One is on the potential of LactoSpore in combination with β-glucogallin (Saberry) in inhibiting the growth of Helicobacter pylori (US10792295).

This combination can be used for managing and preventing complications owing to Helicobacter pylori infections, including extragastroduodenal disorders.

The composition can be taken in various forms including tablets, capsules, syrups, gummies, powders, suspensions, emulsions, chewables or candies.

The second new patent Sabinsa was granted on LactoSpore was for the potential in reducing intestinal gas (flatulence) formed by fermentation of food by microbes.

The patent (US10806760) claims a method of reducing gas formed by fermentation when LactoSpore and prebiotic fibers were cultured along with gas producing microbes.

In the sports nutrition category, Sabinsa was granted a US patent (US10716823) for the company’s endurance composition comprising boswellic acids-polysaccharides derived from Boswellia serrata (Boswellin PS) in combination with either (i) the concentrate of the liquid endosperm of Cocos nucifera or (ii) the extract of Emblica officinalis fruit standardised to contain at least 10% w/w of 1-O-galloyl-β-D-glucose (β-glucogallin).

Sabinsa also has a new patent (US10864243) on its composition for inhibiting the prostaglandin transporter (PGT). PGT is a transmembrane protein involved in the transport of prostaglandins into the cell.

PGT is increasingly becoming a target for the development of drugs to curtail the harmful effects brought about by the uptake of PGs into the cells leading to clinical conditions such as hypertension and cardiovascular complications.

“Patenting our discoveries is an important part of protecting the investments our customers make when they formulate with our ingredients,” commented Sabinsa founder and Chair Dr Muhammed Majeed.

“Innovation drives the industry and, more importantly, provides additional ways to contribute to the health of humanity.”