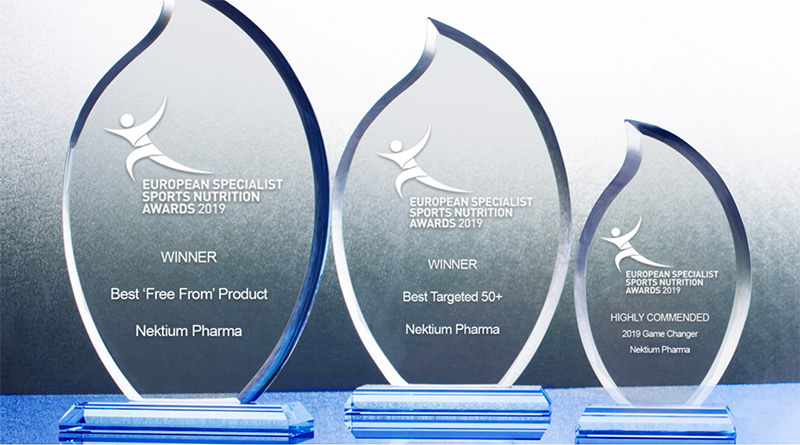 Zynamite for mental and physical energy convinced the judges in the category 'Best free from product'. The caffeine-free proprietary extract of Mangifera indica leaves serves as a nootropic as it activates the brain, but at the same time has a strong ergogenic effect. While most ingredients used in energy-boosters and sports-products contain caffeine, Zynamite was developed as an answer to the increasing concern about highly caffeinated products with the aim to be completely caffeine and caffeine-like alkaloids free. As it is based on a completely new Mechanism of Action, Zynamite has none of the side-effects related to caffeine like insomnia, jitters, nervousness, high blood pressure and increased heart rate. Zynamite is not addictive, doping free and instead of dropping you like caffeine, it provides a sustained and long-lasting duration of action.

Zynamite also received an award as “Game Changer” in sports nutrition. Zynamite is ideal for the sports and e-gaming sector due to the two-in one solution athletes and e-gamers are looking for: increased mental energy and improved ergogenic performance: in sports, Zynamite significantly increases peak power, mean power and VO2max, reduced pain and accelerates recovery, and at the same time improves reaction time and provides the focus athletes need to push a bit further just when they need it most, as demonstrated in seven clinical studies. Zynamite was studied in combination with other polyphenols to create highly functional, patent-protected combinations customers can use in their final products.

Rhodiolife, a proprietary extract of Rhodiola rosea convinced the judges in the category “Best Targeted Sports Nutrition Product +50”. Rhodiola rosea is one of a few officially recognised adaptogens and Rhodiolife was brought to the Western world by Nektium's co-founder Dr Zakir Ramazanov. Today, Nektium is the global leader of highest quality Rhodiola rosea, harvested in the Altai mountains of Siberia, carefully extracted in Nektium’s facilities in Spain based on many years of experience. Rhodiolife supports a balanced lifestyle, helps baby-boomers to maintain concentration and reduces the risk of viral infection after exercise. It is side-effect and doping free as certified by BSCG.

The carefully chosen panel of judges from the sports sector had a thorough assessment process, in which innovation, demonstrating significant, positive and tangible impact to the industry was evaluated, as well as taking the consumer needs into account, amongst other criteria. Winners of the eight established categories were presented with their awarads at the ceremony at the Kia Oval in London.