Changes in the Executive Committee at Barry Callebaut 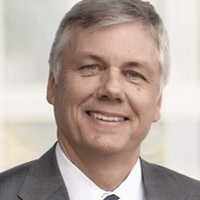 After serving as CEO & President of Barry Callebaut Americas since May 2009, David Johnson will retire as per the end of the company’s current fiscal year, 31 August, 2017.

Johnson joined Barry Callebaut from Michael Foods, here he was CEO and member of the Board; before Michael Foods, Dave Johnson held senior positions with Kraft Foods Global, for more than 20 years.

Antoine de Saint-Affrique, CEO at Barry Callebaut said: “On behalf of the Executive Committee I would like to sincerely thank Dave Johnson for eight highly successful years at the helm of Region Americas.

"During his tenure, he nearly doubled our sales volume and our profitability in the Americas, shaped Barry Callebaut into the No. 1 industrial chocolate company in Mexico and created a solid foothold for our company in South America, while also building a very strong and cohesive team over the years.

"We owe Dave a lot and wish him the very best for his retirement. He will stay on board until the end of 2017 to ensure a smooth handover. Furthermore, Dave will remain closely associated with our company as a member of the Advisory Board of Jacobs Holding that he has recently joined.” 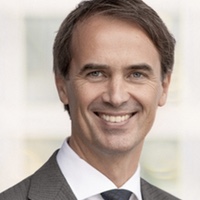 To succeed Dave Johnson, the Board of Directors has appointed Peter Boone, currently Chief Innovation & Quality Officer and member of the Executive Committee of Barry Callebaut, effective 1 September, 2017.

Saint-Affrique said: "The appointment of Peter Boone to the position of President & CEO Americas ensures continuity in our global leadership, building upon Dave Johnson’s successful legacy.

"Peter has played a central role in driving Barry Callebaut’s innovation and quality culture, drawing on his past experience in the consumer goods sector, and also in shaping our ambitious sustainability strategy. With his broad expertise and track record since 2012, Peter is well equipped to further deliver on our strategic agenda in Region Americas." 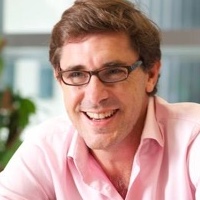 Effective 1 September, 2017, the Board of Directors has appointed Pablo Perversi as successor to Peter Boone. In nearly 24 years with Unilever, Pablo Perversi has held a variety of Marketing, Sales and General Management roles in different parts of the world, both in Retail Foods and in Unilever Food Solutions.

Pablo Perversi studied Industrial Engineering and Economics at the University of Birmingham and also holds an accreditation from Cambridge University in Sustainable Leadership.

Saint-Affrique said: “I am confident that Pablo will blend well into our culture. His proven track record in step-changing growth and creating strategic alignment across all levels to permit flawless execution, together with his extensive market and consumer knowhow and experience in different geographies will allow Pablo to quickly contribute to our ‘smart growth’ strategy, for which innovation is a crucial factor.” 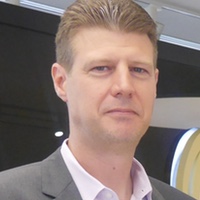 Furthermore, reflecting the growing importance of the region for the company, Ben De Schryver, President Asia Pacific since September 2016, has been promoted to member of the Executive Committee as of 1 September, 2017.

Ben De Schryver started with Barry Callebaut in Belgium in 1999, transferring to Singapore in 2002 as CFO Region Asia Pacific.

He relocated to Canada as Director Pricing & Customer Services in 2007, before moving on to the company’s new regional head office in Chicago in 2009 where he last served as CFO Americas before being appointed President Asia Pacific as 1 September, 2016. Schryver holds a Bachelor’s Degree in Accounting from University College in Ghent, Belgium.

Saint-Affrique said: "I am also happy to welcome Ben De Schryver, a true ‘home-grown’ talent with 18 years of service to our company and a representative of the younger generation, to the Executive Committee."