Following the news that Dutch scientists have found a potential link between better vitamin K status and improved COVID-19 outcomes, the California Prune industry is busy preparing for a surge in demand for its premium dried fruit 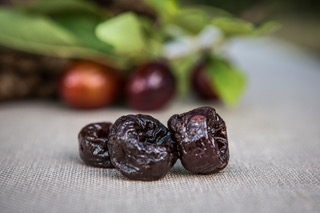 Prunes contain vitamin K alongside a range of other vitamins, minerals and fibre, which support overall health and the immune system.

A study done by Dutch researchers and published in the journal Preprints suggests a connection between low levels of vitamin K and the accelerated breakdown of tissue fibres, including elastin, which is involved with pulmonary disease.

Vitamin K plays a part in the production of proteins that regulate clotting. In light of the initial findings, the study authors remain cautious and eager for next steps, including an intervention trial.

Researchers have encouraged a healthy intake of vitamin K, with the exception of those on blood-clotting medications.

Represented by the California Prune Board (CPB), California’s prune growers and packers have seen an increase in demand already this year as shoppers stock up on prunes, which are renowned for their versatility as a cooking ingredient and snack, and can be kept stored in the cupboard for up to a year.

The CPB reports California-origin prune exports to the UK have jumped up 10% compared with 2019, while exports to Germany have grown 7%, and the Polish market has seen a massive rise of 87%.

Japanese consumers are also stocking up on the dried fruit, with exports rising by 14%. Now, following the news highlighting the renewed importance of vitamin K, the California Prune industry is expecting exports around the world to rise further.

Kevin Verbruggen, CPB’s European Marketing Director, says: “We note from the study findings that vitamin K2 is not a treatment for COVID-19, though illustrates that a poor vitamin K status is linked to a poor prognosis."

"We look forward to further developments in this exciting area. In the meantime, California Prunes are a tasty and easy way to increase our intake of vitamin K, as well as nutrients like vitamin B6 and copper, which can help to keep our immune systems in good working order. Our prunes are particularly popular because of their premium quality, large size, and juicy texture.”

The CPB has long recognised the power of prunes as an ingredient and a snack, supporting decades of scientific research into the nutritional and health benefits of incorporating the dried fruit into the diet.