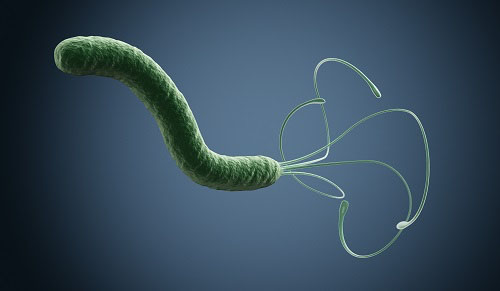 Standard treatment of H. pylori overgrowth is a triple therapy: two antibiotics plus a proton-pump inhibitor (PPI) or bismuth.

The most common antibiotics to treat H. pylori are metronidazole, clarithromycin and amoxicillin, but drug resistance is increasingly a problem. Also, even with the PPIs or bismuth to protect the gastric mucosa, gastrointestinal side-effects of triple therapy are problematic.

Its various mechanisms suggest that berberine might support the eradication of H. pylori while also mitigating some of the side-effects of standard triple therapy.

Several clinical trials have found that berberine enhances the efficacy and reduces the side-effects of triple therapy, so researchers at Guangzhou University conducted a meta-analysis of these trials.

Thirteen randomised controlled trials, including 2048 participants, were pooled for the analysis. The studies compared berberine plus triple therapy to standard triple therapy in patients with H. pylori infection.

The meta-analysis found that the eradication rates of berberine combined with triple therapy were 18% higher than triple therapy alone in the urea breath test subgroup (risk ratio=1.18; 95% CI, 1.12-1.24).

Overall, this meta-analysis provides evidence that berberine can safely be combined with triple therapy for H. pylori to improve eradication rates and reduce adverse effects.