Beauty from within: keeping up with rising demand

As consumers gain more and more confidence in the benefit of complementing their daily beauty routine with ingestible beauty products, nutricosmetics are gathering pace across the globe 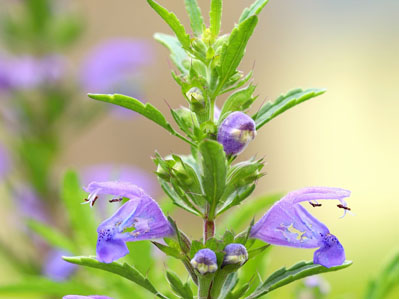 By 2025, the market is expected to reach approximately $8 billion, progressing at a CAGR of 5%.1 The growing elderly population and the increasing demand for natural beauty products are stirring the growth of the category, making the opportunities for manufacturers of products targeting “beauty from within” greater than ever.

However, as the market expands, it is key to offer safe, natural beauty ingredients with scientifically sound evidence to ensure long-term success.

The Swiss company Mibelle Biochemistry designs and develops innovative, high-quality cosmetic actives for the beauty industry, which are based on naturally derived compounds and profound scientific know-how. Mibelle Biochemistry was founded in 1991 as a business unit of Mibelle Cosmetics, the largest cosmetic manufacturer in Switzerland.

Now, more than 25 years later and having a huge product portfolio of greater than 60 different actives sold worldwide, the experience and wide-ranging expertise of Mibelle Biochemistry in the cosmetics industry is now also available for the food, beverage and dietary supplement industry.

The appearance of our skin is not the only indicator of beauty and youth, there’s also shiny and healthy hair. However, by the age of 50, as many as 50% of men and 25% of women are affected by the slow, involuntary hair loss caused by an imbalance in the hair growth cycle.

Several factors including hormonal changes, nutritional deficiencies, metabolism, genetics and stress are suggested to contribute to the increase of the proportion of hair remaining in the resting phase (telogen) and the reduced amount of hair in the growth phase (anagen). To date, treatment options have often been dissatisfying owing to limited efficacy or side-effects.

With AnaGain Nu, Mibelle has developed a natural, scientifically proven alternative to stimulate hair growth and reduce hair loss. AnaGain Nu is a water-soluble extract prepared from edible organic pea shoots (Pisum sativum). Pea shoots are a rich source of various nutrients such as biotin and L-arginine, as well as secondary plant metabolites such as isoflavones, which have been suggested to promote hair growth in experimental models.2–4

Additionally, secondary plant compounds may further benefit follicle biology by attenuating mediators of inflammation and oxidative damage, which have also been suggested to be involved in the multifactorial nature driving hair loss.5

As part of the bioassay guided product development process, it has been demonstrated that AnaGain Nu enhances the expression of genes that are important for hair physiology, namely fibroblast growth factor-7 (FGF7), which is known to promote the proliferation activity of matrix keratinocytes at the beginning of a new anagen phase, and noggin, a factor shortening the telogen (resting) phase. Thus, AnaGain Nu stimulates the dermal papilla to induce the growth of new hair.

The anti-hair loss effect has also been confirmed in a clinical study including 56 healthy adults of mixed gender suffering from mild to moderate hair loss (>100 lost hairs/day). Participants were advised to consume 100 mg of AnaGain Nu, once daily, dissolved into a cold liquid for 2 months. 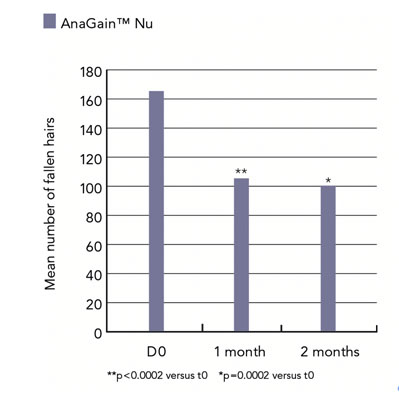 Figure 1: Mean number of lost hairs at baseline and after 1 and 2 months of treatment, respectively

At days 28 and 56, the hair lost on the comb or brush in the morning and evening was counted and a dermatological assessment on the scalp was performed. AnaGain Nu significantly reduced hair loss count within the first month of treatment (–33%; p=0.0002; Figure 1).

After two months, hair loss was further attenuated and hair density was visibly improved. Participants were highly satisfied with the intervention: 86% reported a reduction of hair loss (p<0.05) and 71% perceived an improved overall condition of their hair.

The second innovative beauty ingredient, DracoBelle Nu, is a unique water-soluble plant extract prepared from the organic aerial parts of cultivated Moldavian Dragonhead, a member of the mint family. Moldavian Dragonhead has traditionally been used as a cardioprotective, antioxidant and antiageing herb and is nowadays increasingly embraced as a culinary tea and flavour plant throughout Europe.

The effects are mediated by AMPK (activated protein kinase), a master regulator of metabolism and energy sensor, and FOXO (Forkhead box protein O). The activation of AMPK and FOXO has been shown to result in, amongst others, increased DNA and collagen repair, epigenetic stability, enhanced stress resistance and longevity.

DracoBelle Nu was able to activate these metabolic master switches in vitro and caused a fourfold increase in AMPK activity and a threefold increase in FOXO activity. The “antiageing” effects of DracoBelle Nu have not only been shown in bioassays, but were also evaluated in a clinical study. 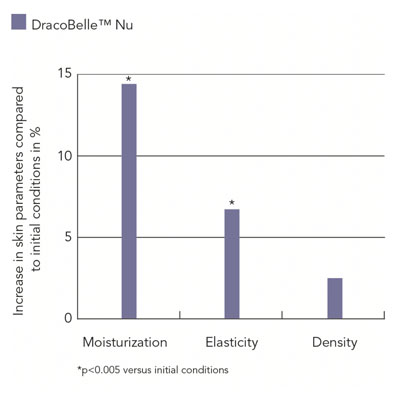 Figure 2: Increase in skin parameters compared with initial conditions (%) after 2 months of treatment

Thirty two female volunteers (mean age = 50.8) with sun-damaged skin were asked to drink a beverage containing 200 mg of DracoBelle daily for 8 weeks. Before and after the intervention, different parameters of the skin were analysed on the forearm. Both skin moisture and skin elasticity increased by 14.4% and 6.7% (p<0.005 each), respectively, with time (Figure 2).

In addition, skin density was slightly improved (+2.5%). Consequently, women participating in the study were highly satisfied with the DracoBelle treatment: 94% of volunteers felt better in their skin, 72% were satisfied with the product performance and 72% considered their skin to feel more hydrated.

PhytoCellTec Md Nu is a water-soluble powder preparation based on the cultivated fruit cells of the rare Swiss apple variety, Uttwiler Spätlauber, which is well-known for its excellent storability and thus its longevity potential.

It contains the epigenetic factors and metabolites of the apple that are responsible for the protection of skin stem cells and delaying ageing; it therefore has the potential to ensure cell longevity and shield the stem cells of the skin.

This is of particular importance because the number and activity of skin stem cells decreases during the ageing process (and as a result of an unhealthy lifestyle). On top of this, environmental and intrinsic stress factors impair their rejuvenation and vitality.

PhytoCellTec Md Nu has been investigated in various cellular models. It has been demonstrated that the product increases skin stem cell vitality by 92% compared with untreated cells. The conservation of stem cell characteristics has further been shown in a 3D skin epidermis model. PhytoCellTec Md Nu stimulated aged stem cells to form an epidermis that is similar to young stem cells and enabled them to undergo the complex process of stratification and differentiation. 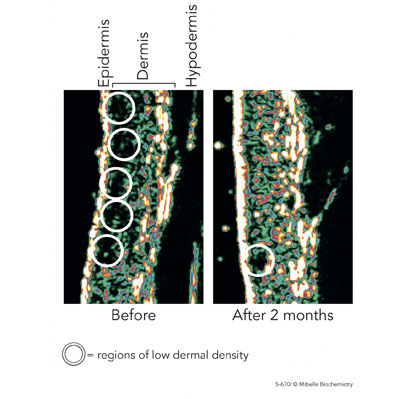 Figure 3: High-resolution ultrasonographic images of epidermis and dermis density before and after 2 months of treatment with PhytoCellTec Md Nu

Importantly, the skin health benefits were not only evaluated in vitro, but also in a clinical study involving 31 women with sun-damaged skin. Following the consumption of 10 mg of PhytoCellTech Md Nu daily for a period of 8 weeks, skin firmness and density increased significantly by 5.9% (p=0.0239 compared with initial conditions, Figure 3) and 10.5% (p=0.0049 compared with initial conditions), respectively.

Skin elasticity was also improved (+4.7%, p=0.0572 compared with initial conditions). Women were highly satisfied with the ingredient: 84% reported that they feel better in their skin, 81% noticed that their skin felt smoother and wished to continue the treatment.

Last but not least, PhytoCellTec Md Nu is well tolerated and has an excellent safety profile — as confirmed in a large number of toxicological studies, including a 90-day feeding study. Most recently, the product achieved self-affirmed GRAS status in the USA. Thanks to the innovative PhytoCellTec technology, very little plant material (a single fruit or leaf) is needed to establish the plant stem cell cultures, making the product a perfect candidate for ecofriendly and sustainable development.

The desire to maintain our health and a youthful, glowing appearance is a common desire. Although the major demographic category in the beauty market is women, more and more products for men have been reaching the shelves during the past few years. Along with an increased interest in natural ingredients to support overall health and well-being, there is a rising number of consumers who believing in the concept of beauty from within.

With PhytoCellTec Md Nu, Dracobelle Nu and AnaGain Nu, Mibelle Biochemistry has developed three unique, natural and scientifically sound ingredients, which enable their customers to create promising products for the nutricosmetic market. Thanks to their great organoleptic properties and water solubility (Table I), the ingredients can not only be positioned as dietary supplements but also be included in a large variety of functional food and beverages.

NB: This article will appear in an upcoming issue of Nutraceutical Business Review. A recent digital edition is available online.