Algae Health Sciences, Inc., a subsidiary of BGG, focuses on the production and marketing of efficacious ingredients from natural algae sources 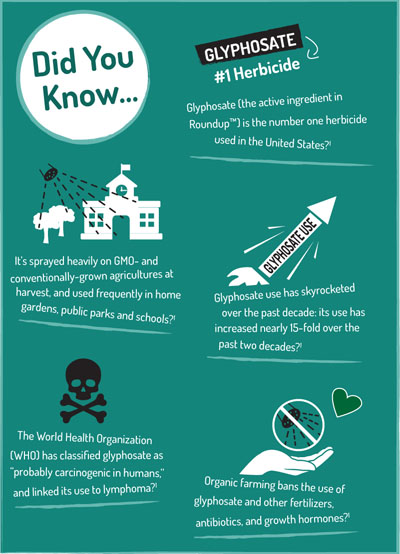 Algae Health Sciences (AlgaeHealth), a subsidiary of BGG, has announced that its flagship product AstaZine Natural Astaxanthin tested 100% glyphosate-free to a level of detection ranging from less than 26–50 parts per trillion in independent laboratory testing.

Glyphosate is a herbicide trademarked as RoundUp that is commonly used in conventional agriculture.

The test was conducted through the Organic & Natural Health Association (O&N) at HRI Labs with equipment specially designed to test to infinitesimal levels of detection.

O&N chose HRI Labs because other labs generally can only test to 20 parts per billion.

“And we’re proud to be part of O&N, an organisation that is championing the fight for a pure supply chain for the supplement industry.”

Glyphosate is becoming ubiquitous in many countries as farmers increasingly choose to grow genetically modified crops, which are designed to be used in conjunction with this herbicide.

Even some organically grown crops test positive because of drifting of pesticides, use of manure from contaminated cattle and organic farming in soil that was treated with RoundUp in the past.

Unfortunately, levels in the low parts per trillion have shown potential health effects in rodents.

“A study in rats showed that glyphosate levels as low as 50 parts per trillion resulted in liver and kidney damage and indications of fatty liver disease,” said John Fagan, PhD, cofounder and CEO of HRI Labs.

“I am concerned that the rapidly increasing incidence of fatty liver disease in Americans may be related to the widespread use of glyphosate."

"In addition, levels of glyphosate may be an indicator for risk of other contaminants. We encourage all food and supplement manufacturers to have their products tested to the parts per trillion level to ensure that their supply chain is clean and to avoid potential consumer health issues.”