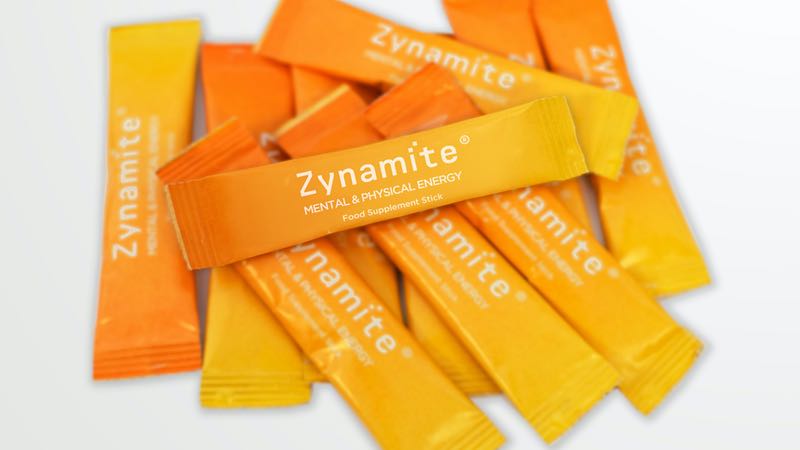 One dose of Zynamite is enough to significantly improve performance in a range of cognitive tasks including enhanced attention and memory, reports new clinical data in the journal Nutrients.

Led by senior author Professor David Kennedy, Director of the Brain, Performance and Nutrition Research Centre at Northumbria University, the double-blind, placebo-controlled study tested the effects of a single 300mg dose of the patented botanical extract Zynamite on a range of cognitive functions.

"The most striking finding was that the benefits of a single dose of the extract were seen right across the cognitive tasks," comments Professor Kennedy.

"Participants performed more accurately on the tasks that measure concentration and memory, and were better at performing each of the mentally demanding tasks than after the placebo - these benefits were also seen across the time they stayed in the laboratory after taking a single dose."

"Clearly better concentration and improved memory are going to be important to all sorts of everyday mental functions."

Professor Kennedy adds that while his team have previously seen general improvements to the speed of task performance across tasks with other plant extracts, "this study is the first where we saw accuracy improve markedly across the tasks that we used."

"The results were particularly pleasantly surprising because the benefits to accuracy were seen right across tasks - suggesting a very general boost to brain function," he explains.

Dr Nigel Gericke, Director of Science at Nektium Pharma says the clinical study is a highlight of the five-year discovery and R&D programme the company has performed to establish Zynamite as the premium natural alternative to caffeine.

"Our quest involved a global ethnobotanical research programme, the exclusion of botanicals with caffeine-similar compounds, or compounds acting on the molecular targets of caffeine, and innovative screening using brain electrical (EEG) studies," he explains.

Gericke adds that the brain boosting results of the present clinical study are in line with findings from Nektium's previously published pre-clinical and translational research, and highlights the nootropic activity of Zynamite.

"We are delighted that that a single dose of Zynamite has been demonstrated to enhance cognitive functions including attention and memory in healthy younger adults, with a rapid onset of activity and a broader range of cognitive activities than caffeine," he said.

Miguel Jiménez, President & CEO of Nektium Pharma says he is excited by the results of the new study, and the strong science base that continues to build for the company's flagship botanical ingredient.

"We are fortunate to have been the first to identify the need for a next-generation natural nootropic and ergogenic ingredient. Nektium subsequently made significant investments in preclinical and clinical research on Zynamite, which is now backed by 7 RCT clinical studies demonstrating brain activation on EEG, enhanced cognitive functions, and ergogenic activities in sports performance studies," explains Jiménez.

Julia Wiebe, PhD, R&D Director at Nektium Pharma added that credibility of the results of the study are enhanced by the academic team involved.

"Professor Kennedy is one of the world's leading experts on the effects of botanicals and natural compounds on the CNS, and we are grateful to him and his excellent team at the Brain and Nutrition Research Centre, University of Northumbria for designing the clinical study protocol and for conducting the study," she adds.

"Each time we assessed their cognitive function and mood before they took the day's treatment to establish their baseline performance and then they repeated the assessment 30 min, 3 hr and 5 hr after consuming the treatments," explains Professor Kennedy.

"The computerised cognitive assessment included a range of tasks, including some difficult mentally demanding tasks."

The computerised assessment battery used in the study - known as the COMPAS test - is made up of several tasks used by psychologists to measure different aspects of cognitive function.

"It provides us with composite scores that reflect the participants' level of attention or, alternatively speaking, their ability to concentrate, and the functioning of aspects of their memory," explains Professor Kennedy.