Quality of life: keeping up with the best agers

Given that the risk factors of physical inactivity and obesity are still omnipresent, it’s important to know that the help required to remain active in later life may come in the form of two natural nutrients: ubiquinol and Glavonoid 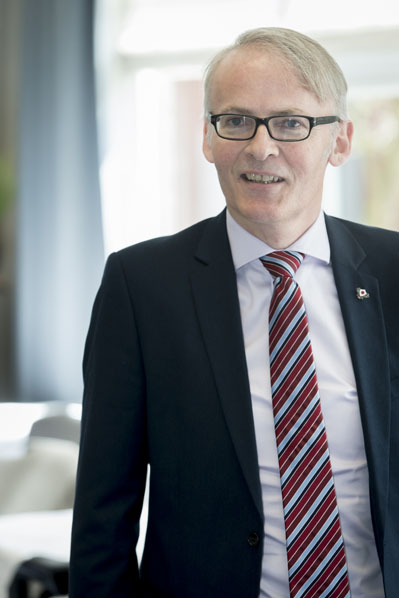 By 2050, it is estimated that approximately 30% of Europeans will be 65 and older, compared with 17% in 2013, and, to maintain quality of life, the demand for health and self-care products is continually increasing.

An active lifestyle is a very important aspect of keeping in good shape, both physically and mentally. So, it may come as no surprise to read that, today, about 20% of the Japanese population — the nation renowned as the champions of healthy ageing — is still practicing Radio Taisho (RT). RT is a synonym for the popular calisthenics exercise workout that’s broadcast daily on the radio. It was invented in 1928 and has remained unchanged for almost a century.

The link between inactivity and physical decline is well-established, particularly when looking at the symptoms of heart failure. Heart.org notes: “All of us lose some blood-pumping ability in our hearts as we age, but heart failure results from the added stress of health conditions that either damage the heart or make it work too hard. All of the lifestyle factors that increase your risk of heart attack and stroke — smoking, being overweight, eating foods high in fat and cholesterol, and physical inactivity — can also contribute to heart failure.”1

This development correlates with both clinical improvement and better measurement of left ventricular function.

So what’s the connection? The heart needs continuous adenosine triphosphate (ATP) — cellular energy. Ubiquinol is an essential component in this cycle. When we get older, aside from factors such as disease, stress, sport and diet, the body produces less ubiquinol.

As a result of this increasing deficiency, the body becomes less able to produce ATP. Kalen proved that the human heart loses a third of its ubiquinol content between the ages of 20 and 40, which cannot be offset with a healthy diet.4 To achieve the recommended daily dose of 100 mg of ubiquinol, an average person would need to consume 3.4 kg of red meat, 5.7 kg of chicken, 50 portions of spinach or 120 tins of sardines!

It is accepted that a single bout of intense exercise produces a significant increase in several “damage” markers while, at the same time, decreasing the ubiquinol plasma level.5 Supplementation could stabilise the drop. It was also indicated that the reduction of bodily ubiquinol is triggered by the elevated demand for the vitaminoid during intense exercise.

A lack of ubiquinol negatively affects the processing of energy and, therefore, vitality. To restore vitality, it’s therefore essential to restore the balance, repair the damage and replenish the energy levels. 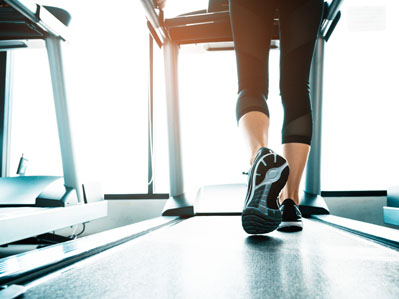 ATP is important because it transports the energy necessary for cellular metabolic activities. The body uses three different pathways, which are marked by varying time spans until depletion. The first two mechanisms are anaerobic and very much suited for explosive, short-term activities.

ATP can be created from phosphocreatine (PCr); anaerobic glycolysis also produces ATP from muscle glycogen. But, only 5% of muscle glycogen can be processed and the by-product, lactic acid, leads to acidosis and subsequent muscle cramps. The third pathway is an aerobic system that provides the long-term energy needed for endurance sports.

Once activated, the body burns fat, glucose and protein in oxygenated conditions to form ATP for several hours. Aerobic respiration takes place in the mitochondria whereas anaerobic respiration happens in the cell cytoplasm. All three pathways are interconnected.

Regular training helps the body to more easily remove lactic acid and start the more efficient ATP production process. Here, the higher the heart rate, the more glucose and the less fat is burned. For greater endurance, it is important to build up enough glucose or store enough of the complex sugar glycogen.

This can be supplied from the muscles (equal to 1500 kcal) or the liver (400 kcal). Conversely, fat in the form of triglycerides, stored inside the muscle, provides 2500 kcal and in adipose tissue, up to 80,000 kcal. Owing to this composition, an exemplary calculation shows that an average body could run on a supply of “sugar sources” for a maximum of 24.1 km, whereas “fatty sources” would fuel a distance of 482.8 km.6

For non-overweight athletes, it is understood that exercising for longer than 45 minutes requires used sugars to be replaced; any glycogen reserves would be spent and the body will look for alternative energy sources, such as fat and protein. It is of paramount importance to replenish what is lost during exercise and to optimise the energy conversion process.

A crucial factor for sportspeople is their maximum oxygen uptake (VO2 max) during exercise, which determines how fast the heart pumps. Ubiquinol can support this activity. Van der Zwaard showed that the VO2 max is proportional to succinate-dehydrogenase activity, which is responsible for the conversion of ubiquinone to ubiquinol.7

This interplay directly affects ATP production and, therefore, performance. Proof was found in chronic heart failure patients, healthy people and professional cyclists. Humans have been reported to expend only 60–80% of their mitochondrial capacity at maximum oxygen uptake, so there is a possibility that ubiquinol may contribute to a higher VO2 max. 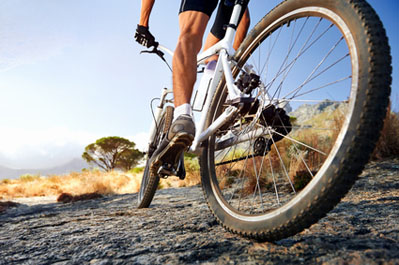 Mitochondria, the so-called “power plants” of the cell, have an outer and an inner membrane. Energy in the form of ATP is produced by the movement of protons located at the inner membrane, enabling the bioavailability of ubiquinol. As the ubiquinol is disposed of, so the energy production begins. It even can be regenerated from “old” CoQ10.

Jacobs demonstrated that endurance-trained athletes have a higher respiration rate per mitochondria, and thus more ATP is produced.8 Moreover, Nielsen found that endurance-trained athletes dispose of a higher volume and density of inner mitochondrial membrane cristae, which, together, gives a 150% higher surface area to support maximum oxygen uptake.9

An elevated cristae density could provide a mechanism for more endurance via the more optimal selection of fuel and delay the consumption of glycogen reserves. It is notable, though, that more cristae does not result in more ATP — unless more ubiquinol is available at these cristae.

This could also explain why endurance athletes need to take more ubiquinol than occasional athletes or those who are physically inactive. To prepare for activities such as marathons and triathlons, numerous sportspeople follow the “ubiquinol loading” advice of Professor Masaaki Sugita, Chairman of the Japan Association of Athletics Federations, who recommends boosting ubiquinol levels with a 300 mg daily supplement for 7 days before and 5 days after.

As a result of the ageing process and less efficient mitochondria, there is a decline in muscle mass of 1% per year, which increases post-50. Physical activity can help to counter this decline by forming new “power plants” through the process of mitochondrial biogenesis. Two damaged mitochondria can fuse to a new, larger one, and then split again to form a healthy one and an impaired one. The latter will be destroyed by the host cell.

Organs with a high demand for energy are more susceptible to mitochondrial damage. However, ubiquinol can reverse this damage, as shown in a study by Andreani in which elderly inactive subjects were compared with mildly active subjects.10

After 2 months, the increased mitochondrial damage in the muscles of the mildly active subjects was documented. Adding ubiquinol during the physical exercise, however, significantly improved the overall status of the skeletal muscle, which included the new formation of mitochondria and reduced destruction.

Ubiquinol seemed to counteract the negative effect of physical exercise on mitochondria, with the study concluding: “Ubiquinol could be a powerful dietary supplement in sports nutrition and, in particular, in the elderly.”

Along with cell energy optimisation, calorie restriction, physical activity, smoking and alcohol cessation, more and more data points to the control of inflammation as being key to longevity. Low-grade or so-called silent inflammation contributes to cardiovascular disease, and many health problems linked to premature ageing.

A recent trial compared two groups of cyclists.11 Both groups had the same 12 weeks of training but the second group took a drug that blocked the inflammatory marker interleukin 6 (IL-6). In this group, physical activity led to reduced belly fat, showing that less inflammation is crucial.

The licorice extract Glavonoid offers promising results, as it has been shown to reduce low-grade inflammation. Glavonoid is a concentrated and standardised form of the oily, bitter fraction of licorice flavonoids in medium-chain triglycerides (MCT).

In general, flavonoids are molecules that are widely distributed in plants. They reduce inflammatory molecule production and diminish the growth and activation of inflammatory cells.

Flavonoids are associated with preventing chronic conditions such cardiovascular disease, cancer and diabetes.

Glavonoid, unlike the water-soluble source of licorice, is 100% free from the sweet component of glycyrrhizinic acid. Therefore, it causes no side-effects such as muscle weakness. Yoshioka et al. showed that Glavonoid activates pathways linked to muscle growth and suppresses those linked to muscle degradation.12

As lipid flavonoids can be problematic in terms of absorption, Aoki showed that Glavonoid has good bioavailability.13 Earlier studies proved that Glavonoid upregulates genes for beta-oxidation and downregulates those for fatty acid synthesis; it may therefore reduce total body and visceral fat.

Usually, weight loss is accompanied by a reduction of lean body mass. In contrast, Glavonoid reserves muscle if fat is lost. In a randomised, double-blind, placebo-controlled study with male football athletes during training, Myojin demonstrated that Glavonoid significantly increased the muscle thickness of the anterior thighs and anterior brachial regions (+2.5%) after 8 weeks.14

Additionally, Glavonoid promotes the uptake of glucose into skeletal muscle cells, increasing protein synthesis while suppressing elevated blood glucose levels in a natural way. The findings are backed by a study that documented that Glavonoid significantly increased muscle mass in the body/trunk after 16 weeks (+0.38 kg, p=0.02) compared with the placebo group.15

Furthermore, the body and trunk fat percentage were significantly suppressed compared with the placebo group (p=0.03/p<0.01).

Prospects for an ageing society

Owing to an increasingly ageing society with more seniors than nursing staff to care for them, well-being and quality of life are becoming ever-more important.

The research and development of ingredients that can easily be integrated into daily routines and diets is, therefore, vital. Ubiquinol and Glavonoid — both natural, safe and scientifically backed — are perfectly suited to a broad range of targeted applications.

This article will appear in the May/June issue of Nutraceutical Business Review. To read a previous issue, click here.