Proven skin protection from within 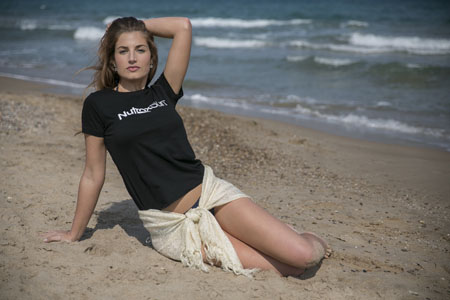 These products are used in place of traditional sun creams and sprays, and guarantee all-over coverage, providing consumers with an alternative that is both more convenient and safer.

In this article, Fernando Cartagena, Marketing Manager of Spain-based botanicals supplier, Monteloeder, explains how a new ingredient — NutroxSun — provides skin defence from within that is both completely natural and scientifically documented. This compound, which contains extracts of grapefruit and rosemary that work synergistically, offers a compelling option for manufacturers wishing to tap into the rich commercial opportunity presented by sun protection from within.

Interest is growing in food and drink products that can protect the skin from the sun’s harmful rays, thereby safeguarding people’s well-being and helping them to maintain a healthier and younger-looking appearance for longer. The right product, when consumed regularly, can provide all-round reliable sun protection for the whole body, all day and every day.

NutroxSun from Monteloeder is a scientifically proven ingredient that is at the cutting edge of this rapidly evolving market. Containing extracts of grapefruit and rosemary that work synergistically, it harnesses the natural power of plant extracts to deliver proven sun defence from within. With a recommended dose of 250mg a day, NutroxSun is ideal for consumption daily in the form of a convenient functional drink or shot, with the protective effect building up during several weeks of regular use.

Studies commissioned by Monteloeder have demonstrated that NutroxSun is highly effective in protecting people from sunburn and preventing damage to human cells. In one in vivo study with human volunteers, it was found that the skin could withstand up to 56% more UV radiation without burning after 12 weeks of consuming NutroxSun. Tests have also shown that NutroxSun outperforms other natural ingredients that are often marketed with a suncare-from-within proposition. As an ingredient, NutroxSun also offers powerful and proven benefits sufficiently robust to offer a true challenge to the market for topical suncare products.

Sun protection is a burning issue

The benefits of sun protection from within, as opposed to those associated with creams and sprays, are becoming better understood. Topical sunscreens alone often fail to provide reliable all-day defence for the skin. Most people only apply sunscreen at a quarter of the recommended 2mg/cm2 level.1 In which case, a product designed to offer a SPF50 will only deliver a quarter of this protection.2 Even if somebody does apply a topical product in sufficient quantity, it can soon wear off as a result of everyday processes such as sweating or rubbing against clothing.

Furthermore, most people only apply topical sunscreens when they are actively seeking sun exposure. With an estimated 80% of lifetime sun exposure occurring incidentally, this can leave skin vulnerable to damage for significant periods of time.3 It’s also important to remember that people need sunlight to reach their skin to stay healthy. Blocking the sun out with topical products may contribute to vitamin D deficiency, which is linked with various cancers and bone disease. When using products designed to provide suncare-from-within, these problems are overcome.

Market conditions are perfect for suncare-from-within products to flourish and succeed. Consumers all over the world are turning to functional ingredients to deliver a wide range of health benefits, including skincare. However, the most promising region for skincare-from-within is Asia.

Here, there is a long tradition of using functional food and drink products; and, as many as 40% of consumers believe that skin health is ‘very important.’4 Across Singapore, Malaysia and Indonesia, the number of beverage launches featuring the terms beauty, skin health or similar jumped from 12 in 2012 to 29 in 2013, according to Mintel’s Global New Product Database.5 This upward trend looks set to continue, with 21 launches recorded from January to August 2014.

Against this backdrop, it’s clear that products offering suncare-from-within are in a fantastic position to succeed. However, it’s important for companies to consider very carefully which active ingredients they use in their products. There are many options available, but none offers the scientifically proven benefits of NutroxSun.

Monteloeder has identified the molecules responsible for the photoprotective, antioxidant and anti-inflammatory properties within these plants and harnessed their benefits to create NutroxSun, an ingredient that makes these benefits available to everybody. The grapefruit and rosemary used to make NutroxSun are all grown just a few miles from Monteloeder’s headquarters in the sun-soaked southeast corner of Spain.

NutroxSun’s benefits are backed by scientific evidence from both human and in vitro studies. In a recent in vivo study, researchers recruited healthy, adult volunteers to take 250mg of NutroxSun daily. The participants were then exposed to carefully controlled doses of UV radiation. The researchers compared changes in the minimal erythema dose (MED) in the subjects. The MED is the threshold dose of UV that may produce sunburn. NutroxSun significantly increased protection, increasing the MED by 34% at day 57 and by 56% on day 85 of the trial.6

Monteloeder also commissioned a series of in vitro trials, which used various techniques to study the protective effects of NutroxSun on human cells.7 These studies focused on human keratinocytes, which constitute around 90% of the cells in the epidermis (the outermost layer of the skin). In the first in vitro study, the researchers measured antioxidant activity after UVB radiation exposure and found that NutroxSun inhibited the generation of reactive oxygen species (ROS) in cultured keratinocytes in a dose-response manner.

ROS are molecules whose presence in the skin increases at times of environmental stress — such as exposure to sunlight — and can subsequently cause damage to cells, known as oxidative stress. Figure 1 shows the results of this study. 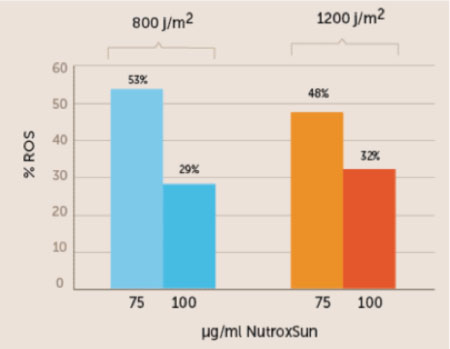 Figure 1. In this in vitro study, NutroxSun was shown to prevent the formation of reactive oxygen species (ROS) in cells exposed to UV radiation. At 100μg/ml, NutroxSun reduced ROS formation by more than two thirds. 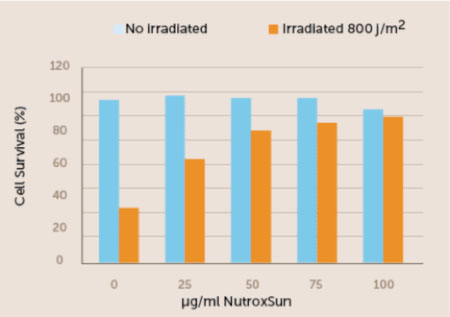 Figure 2. In this in vitro study, NutroxSun boosted the survival rate of human skin cells exposed to UV radiation. In tests, the highest dose  of NutroxSun resulted in the survival of about 90% of cells, compared  with just 30% of cells without NutroxSun protection.

The plant extracts in NutroxSun are not the only compounds available that exhibit antioxidant properties when irradiated with UV. To explore this further, researchers at University Miguel Hernandez in Elche compared the protection offered by NutroxSun with that of several other botanical extracts known for their antioxidant action: grape seed, beta-carotene, polypodium and pine bark. 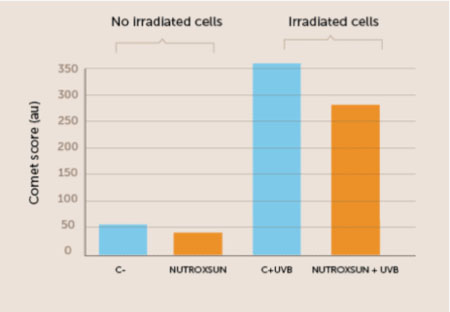 Figure 3. In this in vitro study NutroxSun significantly reduced  DNA breakage, as measured using a standard technique called a Comet assay, which enables researchers to visualise how many DNA fragments are generated in cells exposed to UV radiation.

In a series of tests, researchers added controlled doses of the different botanical extracts to keratinocytes and measured subsequent levels of cell proliferation (survival) with and without the application of irradiation.8 NutroxSun provided the most consistent overall protection, with a dose of 100µg/mL successfully resulting in 100% cell proliferation in irradiated samples while showing no toxicity in the non-irradiated group.

The evidence is clear. Both in vitro and human intervention studies show that NutroxSun provides significant protection against sun damage. Furthermore, the protection offered by the unique combination of compounds in the NutroxSun formulation is even greater than might be expected from the citrus or rosemary extracts alone. This synergistic effect arises from the formulation’s unique, triple action:

NutroxSun is supplied as a powder that is easy to formulate in beverages, including ready-to-drink products. Monteloeder has also developed a formulation suitable for a one-a-day shot, which provides the recommended daily dose of 250mg in a convenient format.

NutroxSun’s 100% natural formulation from the sunny Mediterranean delivers clear consumer appeal in all markets globally. There is a clear need for people to protect their skin from the sun, for both health and cosmetic reasons.

6. A. Perez-Sanches, et al., 'Protective Effects of Citrus and Rosemary Extracts on UV-Induced Damage in Skin Cell Model and Human Volunteers,' The Journal of Photochemistry and Photobiology B: Biology 136, 12–18 (2014).

7. In vitro studies done by teams at the University of Murcia and the Institute for Molecular and Biology Research at Miguel Hernandez University in Elche, Spain.

8. Tests conducted at the Institute for Molecular and Biology Research at Miguel Hernandez University in Elche, Spain.