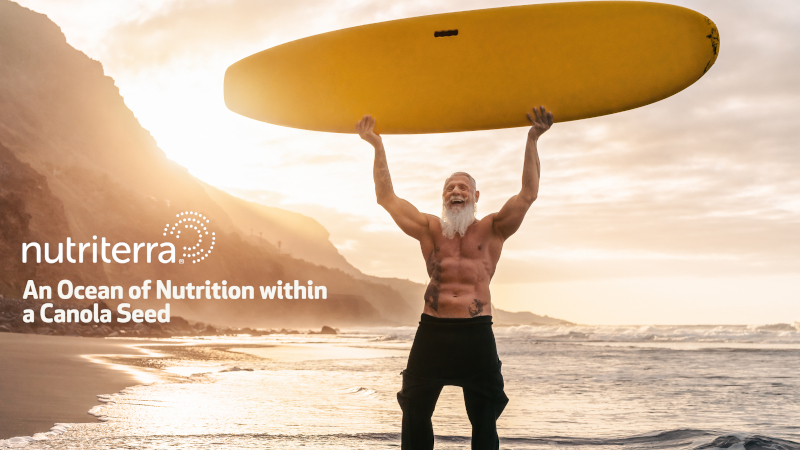 Nuseed Nutritional US has highlighted a recent a human clinical trial, reportedly confirming the safety and efficacy of Nutriterra as a plant-based source of seven omega-3 fatty acids. Frontiers in Nutrition, a peer-reviewed scientific journal, published the results of this research after a thorough evaluation of the study.

Nutriterra was developed to deliver the benefits of microalgae via the company’s proprietary Omega-3 canola. The product is positioned as an alternative to marine omega-3s, aiming to bridge the gap between growing consumer demand and finite ocean resources.

Nutrasource helped the company design and complete the randomised, double-blind, placebo-controlled two-phase, pharmacokinetic study and clinical trial. Healthy adult subjects consumed one of three doses of Nutriterra, or placebo, for a period of 16 weeks. Results demonstrated the ingredient has a good tolerability profile and provides Omega-3 DHA, EPA and ALA, which is readily absorbed and incorporated into blood lipids.

According to the company, Nutriterra significantly improved omega-3 status, as measured by the OmegaScore and the Omega-3 Index, to levels consistent with cardiovascular and cognitive health.

“This study confirms Nutriterra’s efficacy without compromise to nutrition or safety. Plant-based is the fastest growing segment in the omega-3 category, and this new option meets consumer demand for a sustainable alternative to marine oils with DHA, EPA, and ALA,” said Benita Boettner, Nuseed Nutritional General Manager.