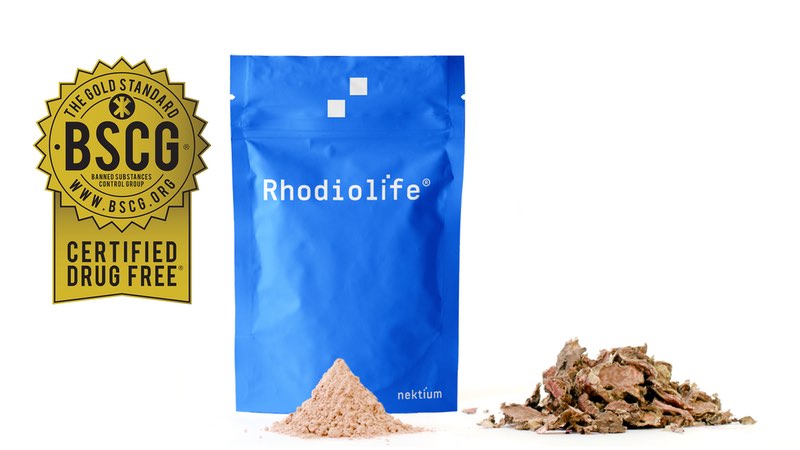 Nektium has extended its portfolio of Rhodiolife standardised Rhodiola rosea extracts. The new release is an additional product-grade ingredient that is certified drug-free.

With the BSCG-certified product, athletes are assured that the ingredient does not contain banned substances set by major international sports organisations.

Rhodiolife is a standardised extract of Rhodiola rosea, an officially recognised adaptogen, known as a natural substance that supports the body in dealing with persistent stress and fatigue. These are both features that are especially interesting for athletes and sportspeople who are aiming to improve their performance and reduce exhaustion post-exercise.

As a company involved in the sourcing and commercial production of Rhodiola rosea extracts about 20 years ago, Spanish Nektium is one of the few companies in the world that is authorised by a special permit from the Russian Government to export Rhodiola rosea roots from the pristine Altai Mountains in Siberia, where the roots are wild-harvested.

A long-term supplier relationship allows Nektium to produce an adulteration-free Rhodiolife ingredient, guaranteeing bioactive levels of total rosavins and salidroside that are prevalent only in the Rhodiola rosea species and responsible for the adaptogenic activity.

“With the new Rhodiolife sports-grade, we go beyond offering high-quality Rhodiola rosea extracts from Altai but guarantee through a reliable, third-party certifier that our ingredient is free from banned substances in sport. It is yet another quality attribute which will pave the way for companies to include Rhodiolife in supplement formulations for athletes,” said Bruno Berheide, Strategy & Business Development Director at Nektium.

The US-based Banned Substances Control Group (BSCG) certifies supplement companies, ingredient manufacturers, teams and athletes for more than 483 drugs, including over 272 substances that are banned by international sports organisations, amongst which are WADA and many more. Certification is granted per BSCG-tested batch, which is then made publicly available on the BSCG website.