Nano CBD: Cannabidiol made with the human body in mind 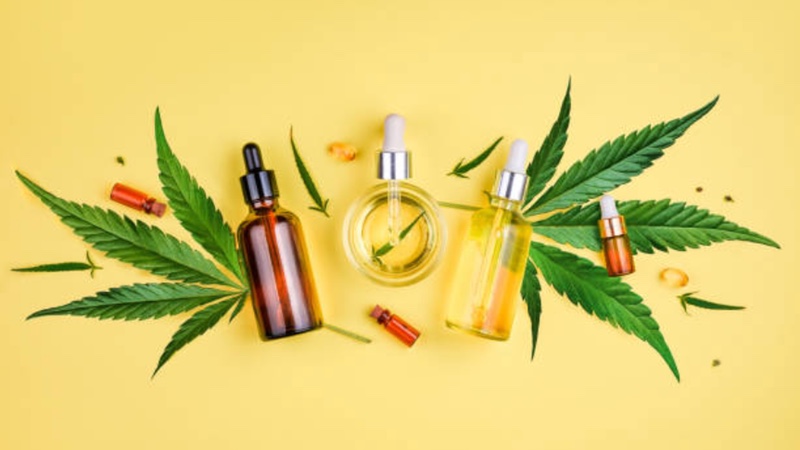 The cannabidiol (CBD) market, currently estimated to be a US$5 billion industry, has gone mainstream in 2019. Three years ago, CBD products were just breaking out of the stereotypical cannabis industry. In the US today, for example, CBD is now sold in big retailers like King Soopers, CVS Pharmacy, GNC, Sephora, Barney's, Walgreens, and Ulta Beauty. Future projections expect the industry to reach $23.7bn by 2023, according to 2019 data by Brightfield Group. But what is the cause of this CBD revolution? Why do CBD products work? The answer is a single bodily function: the endogenous cannabinoid system also known as the endocannabinoid system or ECS.

This body system is not found in textbooks, and if you asked your doctor about your ECS, they likely wouldn't know what you are talking about.

Research studies, on the other hand, have a plethora of articles that help us understand this body system and how it interacts with phytocannabinoids derived from cannabis to remain in balance.

Once scientists discovered cannabinoids from the cannabis plant in the 1940s, pharmacological experiments with cannabinoids began (Pertwee, 2009).

Throughout the 1940s and 1950s, a variety of experiments were conducted with tetrahydrocannabinol (THC), cannabidiol (CBD), cannabinol (CBN), and Cannabigerol (CBG) to understand the psychotropic activity on rabbits and rats (Pertwee, 2009).

Once a cannabinoid receptor was found, the search of endogenous cannabinoids began

By the mid-1980s, ground-breaking findings were made in Allyn Howlett's laboratory at St Louis University that provided conclusive evidence that cannabinoid receptors do exist (Pertwee, 2009).

Once a cannabinoid receptor was found, the search of endogenous cannabinoids began.

How does the ECS work with the body?

This endogenous signalling system commonly impacts stress-recovery systems and the maintenance of homeostasis (Pagotto, 2006). Additional functions the ECS is involved in include neuroprotection, nociception, regulation of motor activity, and the control of certain memory processing (Pagotto, 2006).

When the body is deficient in endocannabinoids, the ECS becomes unbalanced, which creates imbalances in our biological systems and causes the body systems to misfire or improperly communicate to create health problems.

To keep the body at homeostasis, when endocannabinoids are lacking, the body recognises phytocannabinoids like THC, CBD, CBN, CBG, among others.

When the body is deficient in endocannabinoids, the ECS becomes unbalanced, which creates imbalances in our biological systems

Overall research concludes the bioavailability of CBD is very low. It is suggested to take CBD with food or use a specific delivery method to receive the best potential effects. For many CBD consumers, however, taking a dose with food or smoking is not convenient.

To increase bioavailability and allow consumers to take CBD when and how they want, Infinite CBD, a Colorado-based company that produces a zero-THC CBD isolate product line, looked to nanotechnology.

Nanotechnology to the rescue

Nanomedicine has become a modern approach to overcome issues with drug delivery.

Utilising nanotechnology creates tiny particles, less than 100 nanometres, invisible to the naked eye (Suri et al., 2007). This science was introduced in the 1990s to understand how nanotechnology can be used for medicine, medical technology, and pharmacology.

Understanding the structure and function of cells as well as their processes and communication is of prime importance to researchers and the medical community (Krukemeyer, 2015).

To date, nanopharmaceuticals are used in medicine drug delivery to improve the uptake in poorly soluble drugs (Suri et al., 2007). These tiny nanoparticles are taken up more efficiently than larger microparticles, allowing the body to receive more of the effects. 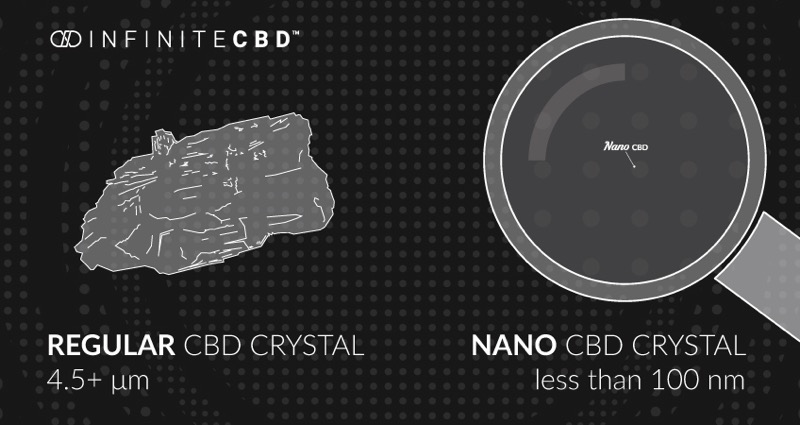 However, microparticles are unlikely to cross biological barriers and oftentimes must be delivered directly to the site of interest via injection (Kohane, 2006). Particles above 4-10 µm are trapped and filtered out, whereas nanoparticles are rapidly taken up (Kreuter, 1996).

Benefits of nanotechnology for CBD consumers

Purchasing CBD is already expensive for the customer. Especially when their health conditions make going to work and making money more difficult.

Many Infinite CBD customers are on disability, have a tremendous amount of existing healthcare bills, or have tried every treatment with no success. When these customers finally turn to CBD to balance their endocannabinoid system, incorporating nanotechnology into our CBD products help customers achieve their best health.

To allow customers to receive the most effects for their money, Nano CBD offers higher bioavailability, customers can use less, and the effects have a faster onset.

Compared with regular microparticle CBD, the Nano CBD is made with the biological systems in mind.