The new RHD series from HRS Heat Exchangers has been purposely designed to cope with thick, heavy solid materials 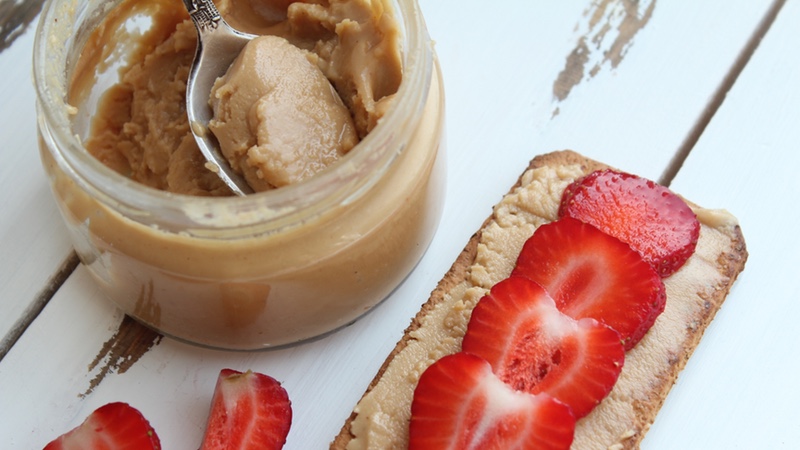 The new RHD series from HRS Heat Exchangers has been purposely designed to cope with thick, heavy solid materials such as nut butters at low temperatures

Nut butter is one of the big food trends of the last 2 years. Once the only choice on the shelf would have been between smooth or crunchy peanut butter, but recently, as the health benefits of quality nut butter have been understood, the market has exploded to include peanut, almond, cashew, and even seed butters, often including other additives such as high quality cocoa, coconut and coffee.

However, producers of these products all share one major challenge. Nut butter is extremely viscous – almost solid at low temperatures – making it very difficult to move through processing machinery.

Most nut butters are semi-solids, as shown by the fact that they will hold a peak. At room temperature peanut butter is at least five times thicker than tomato ketchup, but at colder conditions it becomes even more viscous, as anyone who has tried to spread it straight from the fridge will know.

Adding stabilisers, such as partially hydrogenated vegetable oils, to prevent oil separation, can actually make the problem worse as they form a crystalline structure with higher levels of viscosity.

For HRS Heat Exchangers the problem was highlighted when a client ordered an R Series Scraped Surface heat exchanger for a nut butter line, as HRS International Sales and Marketing Director Matt Hale explained: “Although the R Series is purposely designed for viscous materials some very solid materials, like low temperature peanut butter, were a step too far."

"The thickness of the cold nut butter was beyond the parameters of the R Series gearbox and its mountings, and the unit we were testing failed. However, the experience highlighted the need for a heavy duty version of the R Series, so our R&D team set to work to produce a scraped surface heat exchanger for materials like nut butters that are almost solid. The result is the new HRS RHD Series for heavy duty applications.”

The HRS engineering team set out to maintain the benefits of the standard R Series – such as the continuous scraping action to enhance the mixing of viscous products and the unique sealing system which allows for the removal of individual tubes for cleaning or maintenance – but increase its strength and durability.

As well as expanding the motor size from 4 kW to 7.5 kW, and bolstering the gearbox size accordingly, the overall heat exchanger was also reinforced.

Matt continued: “The standard R Series of rotating scraped surface heat exchangers from HRS Heat Exchangers have been proven time and time again in both food and hygienic applications for their ability to reliably process viscous products such as sauces, purées, creams and gels."

"With the addition of the new HRS RHD Series, we can now deliver these benefits to the thickest and most difficult to handle materials, such as nut butters or any semi-solid product.”

Considerations for effective clean-in-place (CIP) systems
Exploring the growth of plant-based milk
How to avoid the top 10 heat exchanger "mistakes"
On-site trials: a low-risk approach to proof of concept
Reduce waste and future-proof production with automatic product recovery
Getting the right recipe for heating food products