Exploring the growth of plant-based milk

According to The Vegan Society, the plant-based milk sector in the UK was worth more than £230 million in 2019, representing approximately 15% of the European market, and is predicted to more than double by 2025 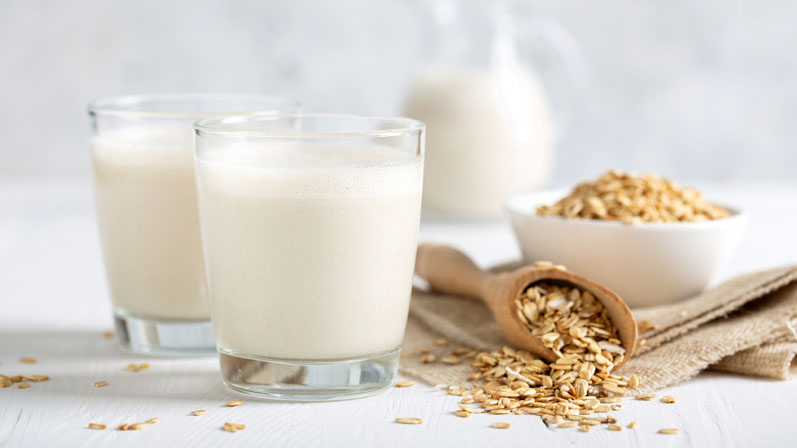 In fact, the plant-based milk market now accounts for approximately 10% of the total milk market and the growing number of consumers of these products have more choice than ever before. The most popular plant-based milk in the UK is currently oat milk (which occupies almost a third of the market), followed by almond milk, coconut milk and soya milk.

However, the sector is full of innovation, with new developments and plant-based milk alternatives — or alt-milks as they are sometimes known —being made from more raw ingredients than ever before. Pea and barley based drinks are some of the most recent newcomers to the market.

There are many reasons for the popularity of plant-based milks. As well as a rise in the adoption of vegan and plant-based diets based on health and moral grounds, environmental concerns are also driving uptake with proponents claiming that plant milk has a lower greenhouse gas (GHG) footprint than dairy production.

The overall picture, however, is highly complex and the figures are disputed by the dairy industry. An apparent increase in the level of lactose intolerance in developed countries is also helping to increase demand.

The range of plant-based milks also allows for consumers to express their tastes and identities as cafes and restaurants open after lockdown. As one industry analyst said earlier this year: “To choose your specific type of plant-based milk in Starbucks seems to be a way of identifying yourself.” 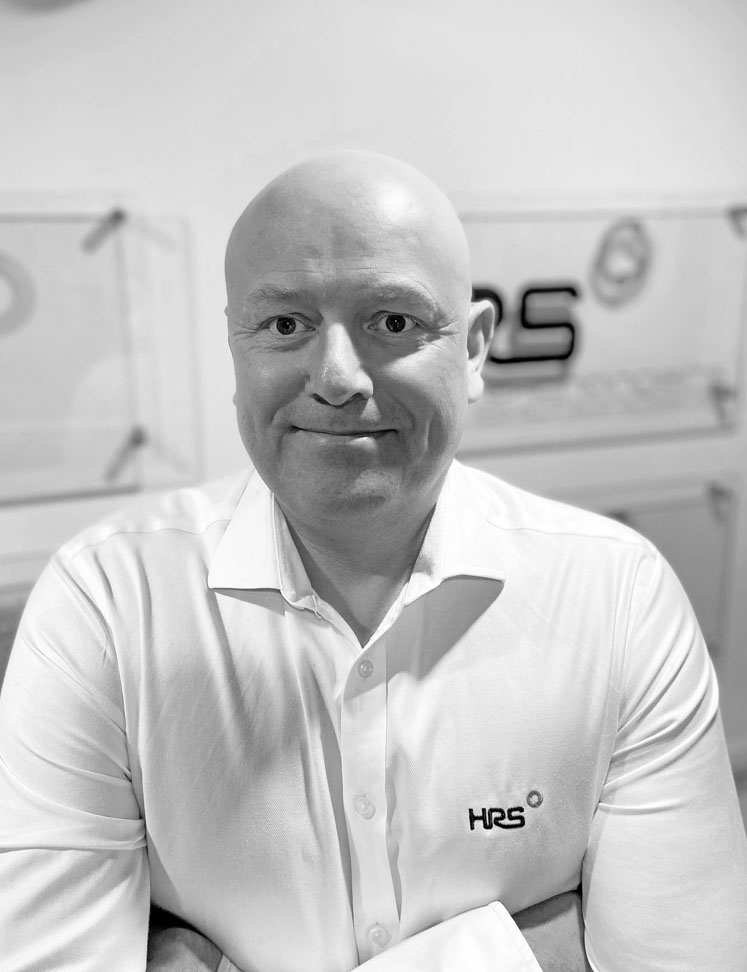 Although dairy milk has long been seen as a drink or a meal accompaniment, for example being used as an ingredient or with cereal, there are increasing signs that plant-based drinks — particularly those with a thicker more yoghurt-like texture or those sold in individual portions — are being seen as a healthy snack in their own right. Research by the Brisan Group suggests that up to a third of these products are viewed as a snack, and 61% are viewed as a treat.

Worldwide, soya milk products remain the most popular (although demand for oat-based products is growing) and they accounted for 29.5% of global revenue in 2019. Coconut-based beverages are one of the fastest growing segments, predicted to increase by 8.6% between 2020 and 2027. Across all types of plant-milk, plain flavours dominate sales, accounting for 71.1% of the total value.

Contrary to public perception, the idea of plant-based milks is not new. “Milk” made from soybeans has a long history in China (where recorded production dates back to 1365), whereas almond milk was recorded in the Middle East in the 13th century.

A commercial soya milk factory was established near Paris in 1910 and demand for soya milk rose through the 1970s and 80s owing to the increasing awareness of lactose intolerance. These days, there is a wide range of plant-based milks made from nuts, grains and legumes, as well as other seeds (such as sunflower and hemp) or coconut.

There are two main ways to process plant-based milk: wet or dry. The wet process involves soaking and grinding the raw material in large volumes of water for up to 12 hours. In some cases, enzymes are added to hydrolyse starches (in oat milk production).

The dry process involves milling the raw material into a flour or powder, which is then processed to separate the starch, protein and fibre as desired before being hydrated. As a result, dry production processes can result in a higher protein content in the finished product.

The production method means that, if the soaked product is not ground to a sufficiently fine size, the number of particles removed when the mixture is strained creates high levels of waste. It is also important to mix products well, particularly those containing oils or thickening/stabilising agents.

Therefore, maintaining product consistency is a key goal for the manufacturing process and will determine the choice of processing equipment (including pumps, heat exchangers, etc.).

Plant-based milks cannot match the natural nutrition profile of dairy milk in terms of protein levels and essential amino acids. However, as well as being free from lactose, they are lower in saturated fat and cholesterol than non-skimmed milk.

Plant-based milks are not immune from criticism; in some countries and regions, including the European Union, such products cannot be sold or marketed as “milk” or “yoghurt.” In addition, supporters of dairy milk say plant-based drinks are highly processed and full of additives, whereas diary milk is simply homogenised and pasteurised. 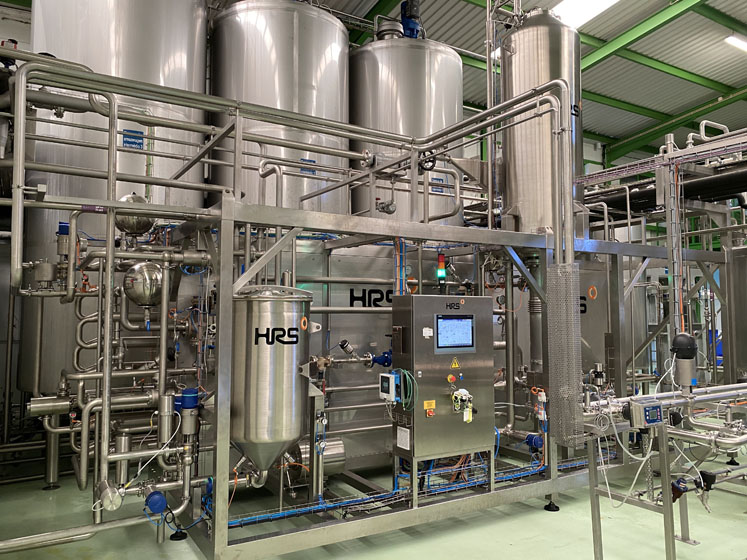 Despite this, such is the interest in the sector that many of the world’s largest dairy companies, including Lactalis, Nestlé and Danone, are investing in dairy alternatives, either through product development or company acquisition. A number of market analysts believe the market is ready for rationalisation, with a number of brands falling by the wayside or being acquired by larger food producers.

The quality of the product is very important. Monitoring key parameters (viscosity, particle size, protein content, digestibility, nutrient content and flavour) and maintaining important quality characteristics is contingent on minimal processing; making sure that processes such as pasteurisation cause as little disruption to the product as possible can help to alleviate criticisms about the highly processed nature of plant milks.

When possible, combining processes such as dilution and sterilisation, for example by using the HRS DSI Series, can provide benefits and reduce the total amount of processing. The benefit of sterilising using direct steam injection is speed, with sterilisation temperatures of 100–145 °C being reached in around a second.

For products such as plant milks, this rapid heating prevents cooking of the product and the formation of caramel-type compounds, which can darken the product or produce unwanted flavours.

It is also useful for grain-based products, such as oat milk, which benefit from the additional dilution with water that the food-grade steam provides. However, the type and model of heat exchanger chosen will depend on many different factors, such as the nature of the process (pasteurisation, sterilisation, dehydration, etc.) and the viscosity of the drink being processed.

HRS has a complete range of products from simple tube-in-tube models to rotating or reciprocating scraped-surface designs, all of which combine efficient heat transfer with delicate product handling — ensuring that products remain in emulsion and do not foul the equipment.

Whatever plant-based milk product you are producing, it is important to remember that they have the same requirements for pasteurisation, sterilisation, cooking or cooling as other beverages that contain specific ingredients. It is therefore crucial to invest in the most effective and efficient processing technology for all stages of production.