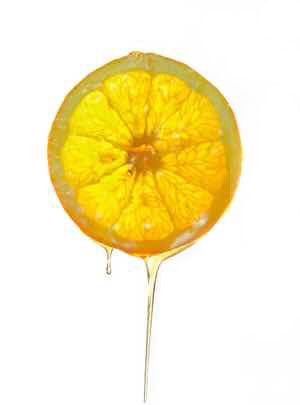 Ingredients by Nature (IBN), the maker of leading citrus-derived flavonoids and ingredients, has announced the launch of Eriomin, backed by a newly published study demonstrating its efficacy in prediabetes management.

IBN uses a proprietary extraction process to make Eriomin. The ingredient is a high-potency, patent-pending standardised extract from lemons that contains a blend of eriocitrin and other flavonoids, which have previously shown to support glycemic control.

Eriomin’s unique blend of flavonoids was shown to work together to provide a multi-functional approach to managing prediabetic conditions. The results of a human clinical trial, published in Phytotherapy Research, concluded that the unique blend of lemon-based flavonoids in Eriomin help support glycemic control and reduce systemic inflammation and oxidative stress.

“One in three US adults currently have prediabetes—influenced by sedentary lifestyles, obesity, abdominal fat and unhealthy eating patterns,” said IBN President Rob Brewster. “We have the opportunity to help halt this progression by providing a more natural and proactive alternative with Eriomin.”

A randomised, placebo-controlled study evaluated 103 prediabetes patients. The researchers discovered that subjects administered Eriomin in doses of 200mg, 400mg, or 800mg during a 12-week period were able to significantly manage glycemic control, healthy inflammation levels within the normal range and increase antioxidant activity.

An average of 24% of the patients supplemented with Eriomin showed markers of increased glucose tolerance and returned to normal fasting blood sugar levels.

“This Eriomin study is the first-of-its-kind human clinical trial to study the effects of eriocitrin and other lemon flavonoids for three significant and interconnected prediabetic factors: blood-glucose levels, oxidative stress, and inflammation,” said Dr Thais Cesar, Associate Professor of Nutrition at Sao Paulo State University and one of the authors of the study.

“The results revealed that the flavonoids in Eriomin play a remarkable role in prediabetes management, prompting us to begin a second clinical trial with results expected by the end of the year," she concluded.

Based in Montclair, California (US), IBN formulates, manufactures, and markets science-based ingredients, proprietary extracts and formula innovations for applications in dietary supplements, functional foods and beverages, cosmetics, and animal nutrition.

The company currently offers over 300 ingredient variations, including various citrus-derived ingredients, along with its custom, contract manufacturing and powder processing services.