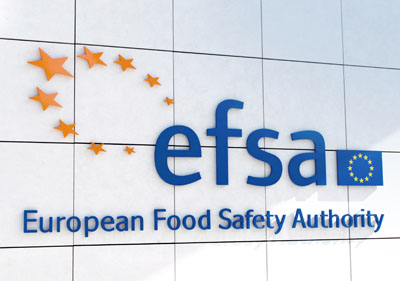 EFSA has confirmed the conclusion of previous assessments that dietary exposure to dioxins and dioxin-like PCBs – environmental pollutants present at low levels in food and feed – is a health concern.

exceedance Dioxins and dioxin-like PCBs are toxic chemicals that persist in the environment for years and accumulate at low levels in the food chain, usually in the fatty tissues of animals. Their presence in food and feed has declined in the last 30 years thanks to the efforts of public authorities and industry.

EFSA’s expert Panel on Contaminants in the Food Chain (CONTAM) has completed the Authority’s first comprehensive review of the risks to human and animal health from these substances in food and feed.

New tolerable intake: The risk assessment considered effects seen in humans and used data from animal testing as supportive evidence. EFSA discussed its scientific approach, including the use of human (epidemiological) studies, with national partners in European countries to support further understanding of the methods and data used.

Dr Ron Hoogenboom of the CONTAM Panel and chair of the dioxins working group, said: “The Panel has set a new tolerable weekly intake [TWI] for dioxins and dioxin-like PCBs in food of 2 picograms per kilogram of body weight.“

The new TWI is seven-times lower than the previous EU tolerable intake set by the European Commission’s former Scientific Committee on Food in 2001.

“The main reasons for the decrease were the availability of new epidemiological and experimental animal data on the toxicity of these substances and more refined modelling techniques for predicting levels in the human body with time.”

Decreased semen quality: “The new TWI is protective against effects on semen quality, the adverse health effect seen at the lowest levels of these contaminants in human blood,” Dr Hoogenboom added.

The TWI is also protective against other effects observed in studies with human subjects: lower sex ratio of sons to daughters, higher levels of thyroid-stimulating hormone in new-borns and developmental enamel defects on teeth.

Exposure for all ages exceeds TWI: The main contributors to average dietary exposure for most age groups in European countries are fish (in particular fatty fish), cheese and livestock meat.

Dr Hoogenboom said: “Average and high exposures were, respectively, up to five and 15 times the new TWI in adolescents, adults and the elderly. Toddlers and other children up to 10 years of age had a similar range of exceedance of the TWI.”

Panel recommendations: “These exceedances are a health concern, but the toxicity of the most harmful dioxin-like PCB may be overestimated,” stated Dr Hoogenboom.

“When calculating the toxicity of substances like these, we use internationally-agreed values known as ‘toxicity equivalency factors’ (TEFs). The Panel would support a review of the TEFs for both dioxins and dioxin-like PCBs in light of new scientific data. If confirmed to be less toxic, this would reduce the concern for consumers.