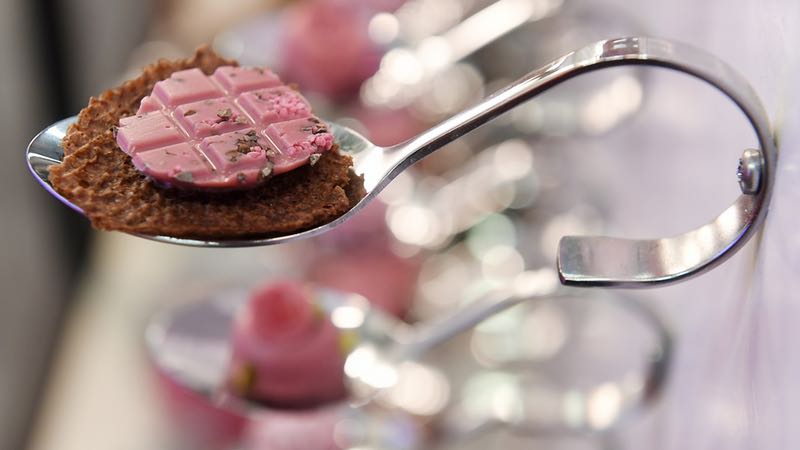 Introduced to the market in 2017, ruby chocolate has been awarded for its innovation in the US and the Middle East. The new type of chocolate has been globally ranked as the food trend for 2019 by research agency Innova Market Insights, Foodbev, Nikkei Trendy and Harper’s Bazaar.

At least eleven brands will introduce the Zurich-based cocoa label’s Ruby chocolate at the sweets and snack conference ISM 2019.

Chefs such as Martin Diez, Dinara Kasko, Nina Tarasova and Melissa Coppel will run workshops and showcase creations made from the new chocolate. The conference is currently running until 30 January 2019.

Ruby chocolate is made using the ruby cocoa bean and is acclaimed by many chefs and chocolatiers from around the world because of its unique taste and pairing opportunities. The look of the chocolate is also interesting, a pink hue was achieved without any added colourings.

The sweet has been introduced in all major segments: tablets and pralines, biscuits, bakery and ice cream. Despite its gaining popularity, the exact production method has not been divulged.