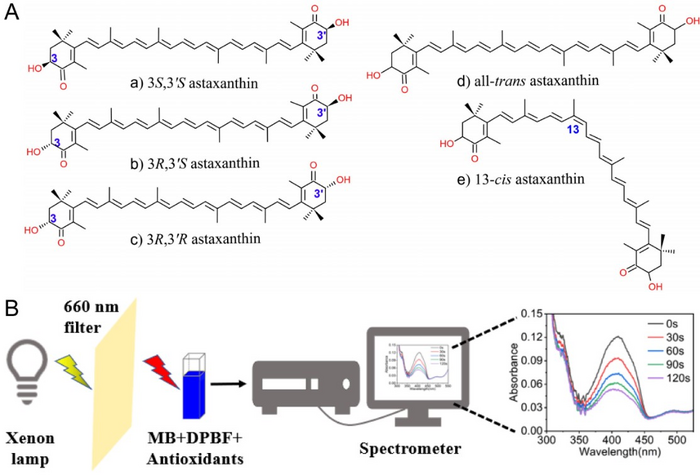 (A) Structures of stereoisomers of astaxanthin. (B) Measurement of the singlet oxygen quenching capacity of antioxidants.

It offered a simple and facile spectroscopic method to assess the antioxidant activity of different forms of astaxanthin against singlet oxygen and reveals significant differences between geometric isomers, which provided a new basis for the practical application of astaxanthin in the food industry and the development of future biological functions.