It seems that everybody’s talking about Industry 4.0. Whether you’re reading a magazine, visiting a trade show or talking to business consultants, it doesn’t take long for the latest manufacturing buzzwords of Industry 4.0, fourth industrial revolution or Internet of Things to be mentioned 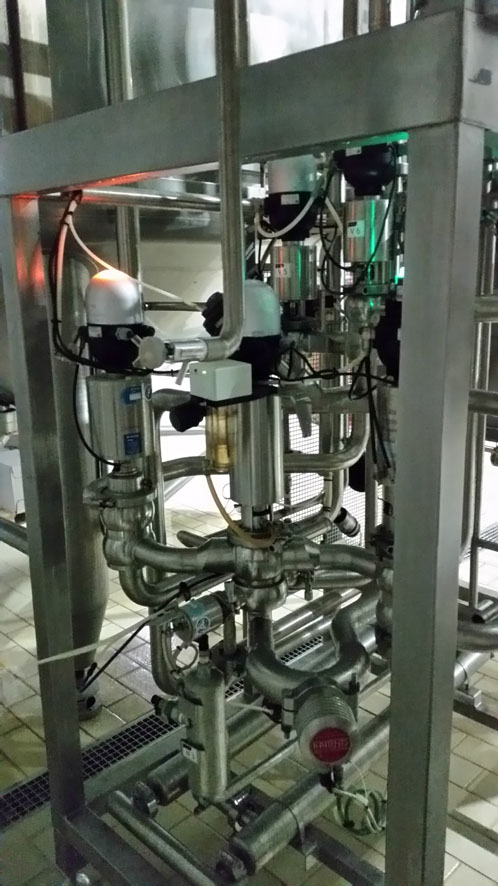 All three terms refer to the shift in industry towards autonomous production systems using not just preprogrammed machinery and robots, but machines that are controlled and monitored by computer-based algorithms, often using the Internet to link controls and systems in different locations, sometimes known as cyber-physical systems.

Although there is a lot of hype around Industry 4.0, there is no doubt that the general direction of travel in manufacturing is for the use of more autonomous systems.

This trend also presents a fantastic opportunity for businesses to tackle key challenges, such as increasing energy efficiency, improving working conditions or minimising and preventing waste. For example, installing a system that automatically diverts residual product when it no longer meets specification can significantly reduce waste and improve cleaning processes.

The scale of residual food waste

When processing various, often viscous, food products a certain amount adheres to the inside surfaces of machinery and pipework. Some product may also be left behind upon completion of each production run. The scale of this problem is huge, with a 2010 European study suggesting that 4.1 million tonnes of food is lost during processing each year in the UK, costing hundreds of thousands of pounds annually.1

A combination of good design — to minimise the amount of product that remains behind or adheres to the surface — and cleaning systems can be used to overcome the issue. The three main techniques — physical pigging systems, water-based flushing and forcing clean air through the system — all remove residual product as part of cleaning-in-place (CIP) procedures. Depending on the range of products handled and product complexity this may need to be done several times a day between production batches.

Whereas all three of these recovery techniques have the ability to salvage residual product, a certain amount is still lost as waste. However, by using inline monitoring equipment linked to a system designed to allow product that meets the specified parameters to be reworked, the amount of valuable product recovered from equipment such as pasteurisers and sterilisers can be maximised.

This technique works by using an inline instrument to measures changes in the physical or chemical properties of the product, such as concentration. This information is passed to a controller that determines whether to keep or discard that material based on predetermined quality parameters.

This same principle is now being applied to the HRS Universal Product Recovery System. Rather than just measuring temperature, any suitable physical or chemical property can be continually monitored, such as Brix, pH, viscosity or density. The choice of which parameter is used depends on the nature of the product and the sensors that are available.

A line producing fruit juice may have a typical sugar level of 12 Brix. The concentration of the juice leaving the pasteuriser is monitored using a Brix meter, and any juice that falls below this level is diverted to waste. The line employs water flushing as part of its CIP systems.

Traditionally, because it could not accurately be determined where the mixing zone between residual product and flushing water began, anything passing through the pasteuriser during this cleaning phase would have been discarded, including any perfectly good product left in the pasteuriser at the end of the production cycle.

However, by monitoring the product concentration from the beginning of the flushing cycle, it is possible to send juice with a Brix level of 12 or higher to the next phase of production (such as packing) and only discard material which falls below this set parameter.

Another example involves a manufacturer of BBQ sauce. Assuming the company makes a profit of 40 pence per litre of sauce, even if 200 litres are lost per production line during cleaning cycles each day, that equates to a loss of £80 a day or £24,000 a year (assuming 300 days production). If the company has four lines, then it is losing almost £100,000 worth of profit, not to mention the creation of around 68 tonnes of waste each year. 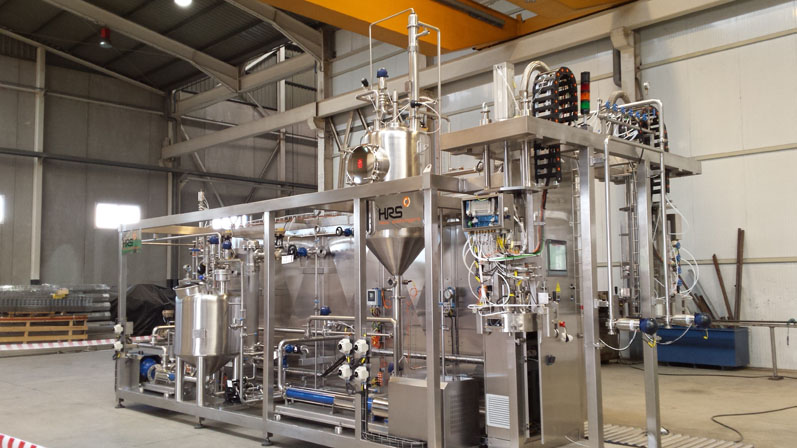 As well as increasing the amount of product that can be sold, reducing the amount of waste generated decreases disposal costs such as storage, transport and treatment. Alongside these financial benefits, the environmental footprint of the production line will also be improved, with more end product being obtained for the same effort — effectively lowering CO2 emissions per unit produced. Furthermore, cutting down the amount of product mixed in with the flushing or cleaning water means that the resulting waste stream is cleaner and will require less processing, further reducing financial and environmental costs. As all HRS pasteurisers and sterilisers already include a three-way valve to allow for the diversion of out-of-specification product, the only real additional expense are the monitoring and control systems. With potential cost savings running into hundreds of thousands of pounds, such systems rapidly repay any additional capital expense.

With manufacturers now focusing on Industry 4.0 and prompting them to reassess the efficiency of all their processes, it’s easy to see why product recovery systems are increasingly being specified alongside both new and existing sterilisation and pasteurisation systems.