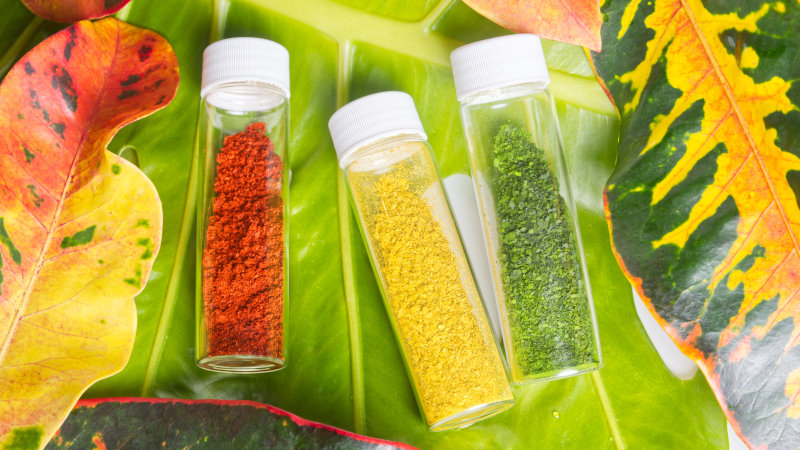 Hawaii-based Kuehnle AgroSystems (KAS) has filed a patent to protect the key characteristics of its proprietary microalgae strain used in the production of natural esterified astaxanthin. The Haematococcus cultivar strain will be used to produce the company’s branded Nutrakrome algal raw material suited for extraction into an oleoresin or as a whole cell ingredient.

Dr Adelheid Kuehnle, KAS founder and CEO, says the naturally sourced yellow strain is non-mutagenised and non-genetically engineered. She describes its discovery among cultivated green cells used to produce AstaFusion oleoresin, an astaxanthin-rich purified oleoresin used in skin care formulations. Haematoccocus usually is green during the cell growth phase, even in dark fermentation, and then turns red during an astaxanthin-accumulation phase.

“The extremely fast-growing production strain retains all the features of algal astaxanthin isomers, major fatty acids, and general composition to meet industry standards. What distinguishes Nutrakrome is that when produced using our proprietary dark-fermentation process it delivers astaxanthin-rich non-encysted cells that are both easy to extract and highly digestible. This makes them incredibly attractive and cost effective for formulating into multiple foodstuffs.”

“Haematococcus is known to naturally produce the highest levels of astaxanthin over any other algae, yeast, or other microbe. By applying our patented “dark fermentation” technology with this new strain, we can attain extremely competitive pricing while delivering sustainable natural astaxanthin from an industry-established and preferred algal source.”

KAS is an American company focused on developing science-based ingredients from microalgae for a variety of markets.

“We have received immense interest from across the nutraceutical industry in our novel technologies. We are currently in discussion with multiple players to assess all possible options, including through licensing, joint ventures or strategic partnerships, to bring this new ground-breaking technology to the market,” said Dr Kuehnle.