Happy and healthy ageing with Pycnogenol

Now that the first of January festivities have finished, we realise that yet another year has passed. Wrinkles, loss of skin collagen and reduced skin elasticity are the first visible signs of ageing, which also reflect the internal ageing process too, writes Dr Franziska Weichmann, Manager of Scientific Communications and Product Development at Horphag Research 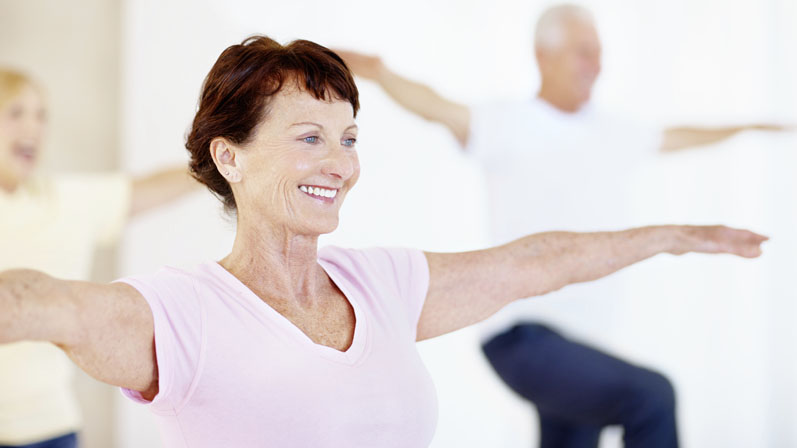 Let’s face it, we’re not as physically or mentally fit as we used to be. And although this merely reflects the normal course of life, we still want to enjoy it to its fullest. We want a fresh new start of the year and embrace ageing as happily as possible.

The World Health Organization has declared the years between 2021 and 2030 to be the United Nations Decade of Healthy Ageing.1 The goal of this global collaboration is to “improve the lives of older people, their families and the communities in which they live.”

There are more than one billion people worldwide who are older than 60 and, with life expectancies rising, more and more efforts are needed to ensure that the ageing process is a happy and healthy one.

Evidence of the beneficial impact of Pycnogenol® French maritime pine bark extract in the elderly is supported by a significant number of scientific publications. Thanks to its unique composition, which includes polyphenols and their metabolites, Pycnogenol can exert a wide range of positive effects on our body (Figure 1). Those effects comprise 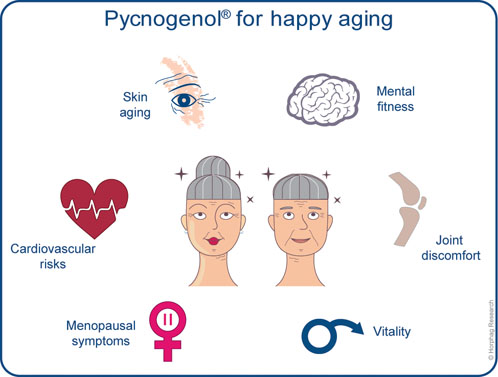 An ever-increasing number of clinical studies demonstrate the efficacy of Pycnogenol to improve cardiovascular health. Among other properties, Pycnogenol’s efficacy can be explained by its positive effects on the endothelium — the inner layer of blood vessels.3,5,9,47–50

Pycnogenol was shown to normalise blood pressure and platelet function, to improve the blood lipid profile and blood sugar levels of the user, and enhance microcirculation.2–20 The effects of Pycnogenol were investigated in healthy people and individuals with borderline high-risk factors as an add-on for people taking prescription medicine for cardiovascular health issues.

Pycnogenol is effective against skin ageing
Not as vital as cardiovascular diseases, maintaining a healthy and even skin while getting older is seen by many as part of happy ageing. Skin ageing involves complex internal and external processes, manifesting as wrinkles, uneven tone, loss of elasticity and thinning.51

Additionally, skin ageing is highly accelerated by exposure of the skin to UV radiation and pollution, which can lead to increased over-pigmentation and fine wrinkles.51

Pycnogenol was shown to reduce melasma and to limit photoageing, together with sun-protective measures.21–27 In addition, Pycnogenol intake leads to improved skin elasticity and reduced skin fatigue by stimulating the synthesis of new collagen and new hyaluronic acid in the skin — and arresting the activity of enzymes that break down collagen and elastin.25,28–30

Pycnogenol contributes to mental fitness
Progressed ageing comes with subtle declines in the ability to quickly process information and to combine details to make a decision. These changes are normal and expected.52 However, cognitive impairment beyond normal progress is quite widespread, affecting on average one in five elderly people globally.53

Several studies have shown that Pycnogenol contributes to preserving healthy mental performance and managing mild cognitive impairment.31–34 Attention, mental performance, memory and daily tasks, such as making decisions or coping with daily problems, have been shown to be improved after supplementation with Pycnogenol.

Pycnogenol improves bone and joint health
Knee osteoarthritis is a major cause of disability in older people and affects 10–18% of those older than 60.54 Osteoarthritis is a condition in which joint cartilage and the underlying bones are impacted by breakdown events, resulting from mechanical degradation. This can activate inflammation processes, which accelerates degradation of the joint cartilage.54

In studies with Pycnogenol, it was observed that proinflammatory and degradation markers were significantly decreased after supplementation.55 Additionally, Pycnogenol improved discomfort, stiffness, physical function and reduced the need for analgesic medication in patients presenting with signs of osteoarthritis.35–38 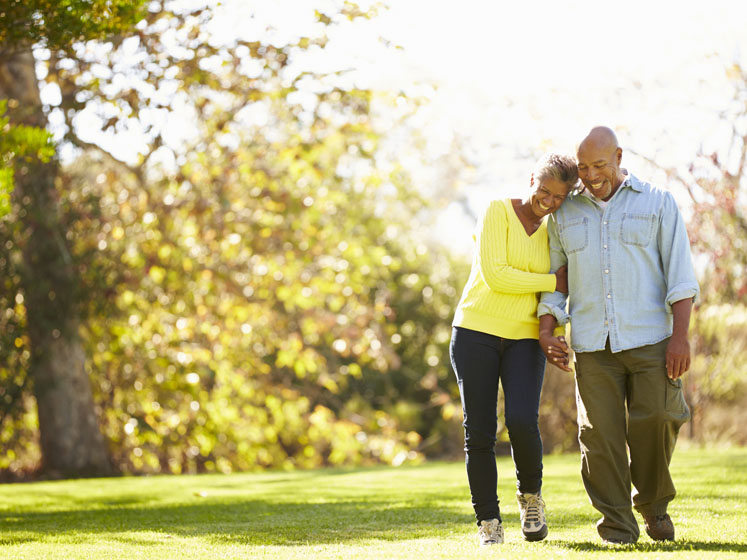 Metabolites of Pycnogenol could be detected in the fluid around the knee cartilage, which explains the observed beneficial effects.56