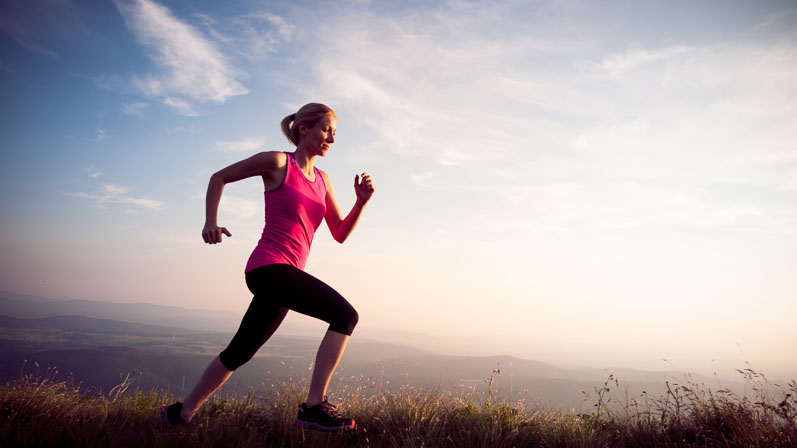 The wood of the oak tree contains valuable antioxidant flavonoids that have both unusual and unique health-promoting properties.

Oak wood has been in the human food chain for millennia. For example, oak barrels were popular for food storage because the inherent flavonoids (tannins) naturally keep micro-organisms at bay, thus allowing for natural preservation. French oak in particular benefits from controlled, sustainable growth to prevent contamination entering the human food chain during its use in the red wine and whiskey industries.

The ingredient is standardised to contain a total of 40% polyphenols, given as gallic acid equivalents, and a proprietary combination of roburins. The organoleptic characteristics include a gentle acidity with a dry, pleasantly astringent mouthfeel.

In red wine, it’s mainly the oak tannins that elicit the astringent mouthfeel. Oak tannins, often referred to as flavonoids, are converted into bioactive metabolites (urolithins) after consumption by the human intestinal flora.

Twenty published clinical studies have demonstrated how Robuvit and its metabolites — urolithins A, B and C — offer interesting health benefits.

Notably, not a single study participant was identified who was unable to produce the bioactive urolithin metabolites from Robuvit oak wood extract. This finding suggests that the intestinal flora, necessary for the conversion of oak tannins to bioactive uroliths, is likely to be ubiquitous in humans.

Robuvit metabolism and bioavailability have been fully elucidated in studies with healthy volunteers who took the product daily for several days. The students meticulously refrained from the consumption of any other flavonoid-containing foods so that any effects could be attributed to the consumption of Robuvit.

Subsequent blood sampling, followed by investigating the effect of the metabolites on gene expression in different tissues, revealed that urolithins A, B and C interact with the ribosomes and mitochondria in body cells. The discovery that Robuvit increases the number of ribosomes in body cells implies that these cells may give rise to larger amounts of specifically required proteins as needed. 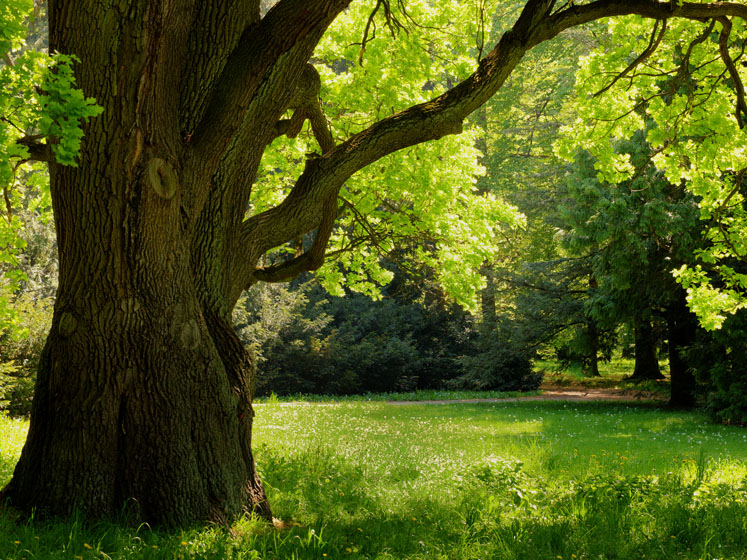 As such, Robuvit is described as an adaptogen because it allows the body to swiftly scale-up the assembly of urgently required new peptides and proteins from amino acids. In an earlier study with 75 participants, Robuvit was able to significantly improve liver counts in just four weeks.

Robuvit enables immune cells to generate significantly more cytokines and antibodies and mount a more robust immune defence to eradicate pathogens. Antibodies, like all proteins, are assembled by ribosomes from individual amino acids.

Because Robuvit increases the number of ribosomes in cells, it possibly contributes to increased antibody production and, by extrapolation, to the faster and more rapid control of infections. In a clinical study with influenza patients, the group receiving supplemental Robuvit, as well as standard medical treatment, recovered significantly faster than patients who did not receive it.

Another clinical study found that Robuvit is able to protect an ethanol stressed liver and restore its ability to function more effectively. After single alcohol intoxication, an unfavourable change in the liver values was found in the control group without Robuvit.

However, the group that had previously consumed Robuvit for 6 weeks had significantly better liver values (γGT and alanine transferase) than the control group after alcohol consumption. In addition to the exemplary increase in alcohol tolerance, this study protocol has clearly exemplified the physiological possibilities that are attached to Robuvit.

Another study substantiates its protective liver health role and that it supports greater liver health values even in absence of an intoxication background. Additional clinical studies also found that Robuvit reduces the concentration of a harmful, naturally occurring, sulphur-containing metabolite, homocysteine, after four weeks of daily supplementation. Discontinuation of the dose for two weeks led to rising homocysteine levels to initial baseline values.

The energy we have at our disposal originates from the food we eat. After food is digested, the components are utilised to build tissues or, alternatively, for energy generation, which takes place in the tiniest and most unusual cell organelles in our body: the mitochondria.

The microscopically tiny mitochondria utilise nutritional components to generate ATP, the universal form of energy in our body, with the food constituents being converted with oxygen. It is indeed the mitochondria that consume the most oxygen in the body. 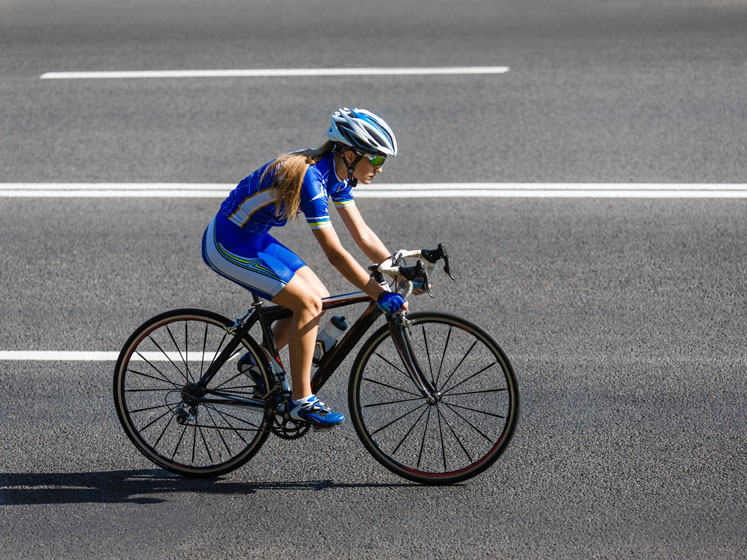 ATP production in mitochondria is associated with the release of large numbers of free radicals. The oxidative stress that prevails in the mitochondria causes them to be affected, with older ones actually releasing more oxygen radicals than useful energy.

When this point is reached, old dysfunctional mitochondria are disassembled and completely rebuilt. The new mitochondria yield significantly more energy than older ones and produce less free radical exhaust. Robuvit induces a significantly higher frequency of mitochondrial renewal or mytophagy, which results in a more effective and energetic delivery of ATP from consumed foods.

In principle, the situation is not unlike an engine; when it’s new, it consumes less fuel and provides more energy. With time, pollution increases and energy efficiency gradually fades. The more frequently the exchange of old mitochondria with new ones takes place, the more energy the mitochondria provide to the organism.

With shorter intervals for mitochondrial renewal, greater energy is yielded from ingested foods and is hence available to the organism, which is why Robuvit provides greater physical stamina. To demonstrate, a controlled clinical trial evaluated the possibility of achieving better results in a triathlon with and without Robuvit supplementation.

The result showed that subjects who supplemented with the oak extract were able to run a distance of 20 km statistically and significantly faster than those who didn’t. Correspondingly, the supplement group was able to run, cycle (20 miles) and swim (750 m) faster than the control group.

Higher energy levels were also recorded in a study with trainee surgeons. This extremely stressful profession involves little sleep and very busy working hours. A 12-point questionnaire was used to assess the condition of the subjects and revealed that the physicians who supplemented daily with Robuvit were significantly more able to work and were more attentive than their colleagues in the control group.

In addition, a whole series of studies examined the ability of Robuvit to counter exhaustion, chronic fatigue and convalescence after an influenza infection. The perception of “weakness” was significantly less than that experienced by the control group.

Robuvit standardised French oak wood extract is unique in its double mechanism of action. On the one hand, it helps to increase an individual’s energy capacity with no side-effects. On the other, it enhances the body’s protein building capacity. This may prove to be valuable in wound healing or any physiologic process involving gene expression. Through this unique combination of modes of actions, various further potential applications are expected to be discovered in future.

A most recently discovered application for Robuvit revealed that individuals suffering from post-traumatic stress disorder (PTSD) significantly benefited from Robuvit supplementation. After a major earthquake in Italy, a group of 18 survivors, aged 25-49 years, received standard aid. Another group of 16 survivors, aged 26-52, received standard aid and were additionally supplemented with Robuvit.

Levels of trauma, psychological and physical complaints were comparable in both groups immediately after the incident. Four weeks after the seismic catastrophe, the subjects continued to suffer from traumatisation and psychological harm.

The Robuvit group, however, as judged by an investigation of 17 parameters, demonstrated improve symptoms of trauma, irritability, intense emotional distress, hallucination, sleep deprivation, nightmares and some other less common symptoms. In conclusion, beyond energy and tissue recovery, Robuvit may also offer support for people experiencing high levels of stress and/or physical and mental harm.