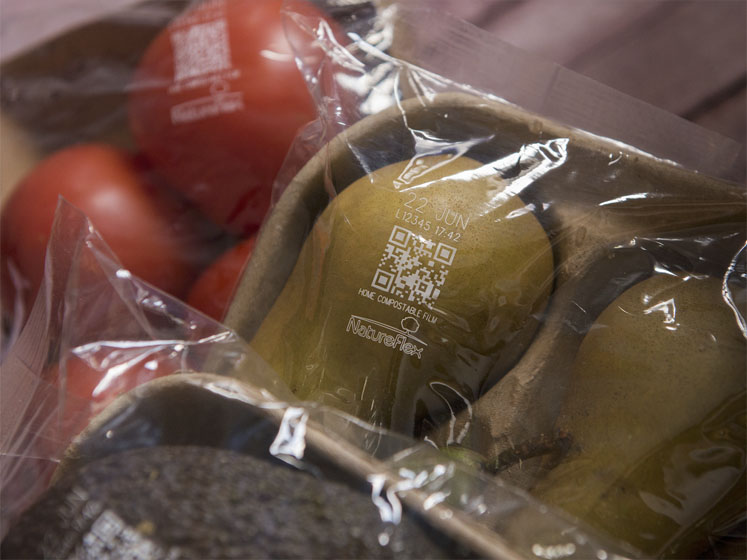 Domino has collaborated with global packaging film producer, Futamura, to assess the suitability of laser coding for NatureFlex compostable film products. Following initial suitability testing, Domino’s D-Series CO2 laser was used to code the NatureFlex compostable film and achieved a clean, crisp, white code. There was no impact on film integrity or chemical composition and moisture barrier properties were unaffected.

“We are very pleased to be able to offer Futamura’s food packaging customers an additive-free laser coding solution for their product packaging,” says Dr Stefan Stadler, Team Lead at the Domino Laser Academy. “We predict that in the coming years, requests for compostable solutions will become more prominent – and we are ready and willing to work with any brand exploring these new materials to help find the right coding solution for their individual requirements.”

NatureFlex films have been developed for use in food packaging applications to meet the growing demand for environmentally responsible packaging. The films are designed to meet all the global standards for industrial composting, including BS EN13432, and are certified as home compostable under the OK Compost Home standard.

“Brand owners are always looking at ways to communicate with their consumers on their packaging,” says Amaia Cowan, Business Development Manager – EMEA, Futamura UK. “All of our NatureFlex films are certified to prove their suitability for industrial and home composting. Many of our customers want to show the final packaging’s certification and additional disposal information on the film to help inform end consumers.”

The quality and clarity of the codes make laser coding on NatureFlex flexible film a good choice for food manufacturers.

The option of laser coding a message onto the NatureFlex flexible film is an attractive prospect as the coding method does not require adding any additional materials onto the compostable substrate, which could complicate final certification.

Domino’s coding experts analysed six different variants of NatureFlex compostable film to determine which laser coding solution would be the most appropriate option for further suitability testing. This included undertaking spectroscopic analysis for the substrates to determine which wavelength of light has the best interaction with the substrate material, followed by coding of the samples using one of Domino’s D120i CO2 laser coders.

On all six NatureFlex variants, the D120i produced a clear, crisp, white code. The codes were clear and legible even under very high printing speeds, making the D-Series lasers a highly feasible solution for coding compostable films in food packaging applications.

After coding the films, Domino’s laser experts used microscopic imaging and spectroscopy techniques to confirm that no structural damage was inflicted, and that the solution did not cause any chemical changes that could affect the substrate’s performance as a food packaging material. 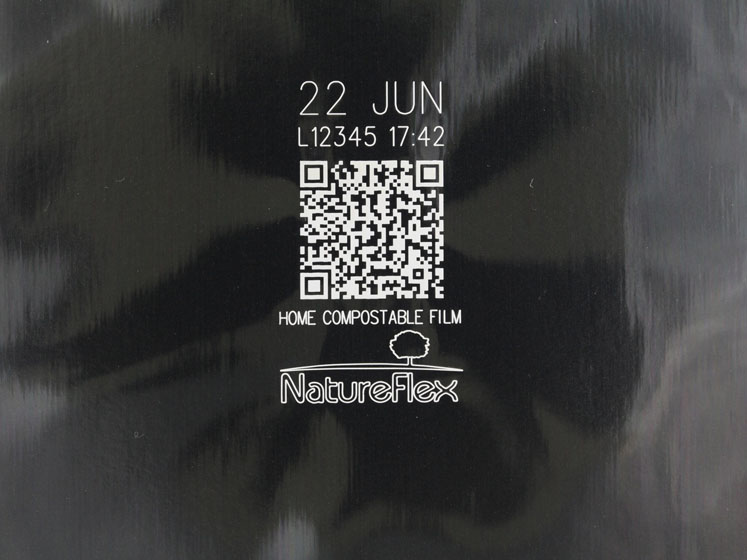 “We were reassured by Domino’s scientific approach to substrate testing and coding and willingness to provide us with the results and assurance that we needed to confirm that laser coders are a suitable solution for our compostable films,” says Cowan.

The quality and clarity of the codes make laser coding on NatureFlex flexible film a good choice for food manufacturers looking to create both simple codes, such as best before dates and batch codes, as well as more complex designs and messaging, including graphics and scannable 2D codes.

“The results from the project are very positive,” says Cowan. “This new coding method will enable the inclusion of a message to consumers on the film itself, without printing. As no additional materials are added to the compostable films, seeking certification of the final packaging will be straightforward.”

The Futamura and NatureFlex compostable film project is an exciting development in laser coding for sustainable substrates. It is just one example of how Domino is working to support customers on their sustainability journey.

“We want to remain at the forefront of developments in new and emerging packaging materials to ensure that we can continue to meet the needs of our customers in all industries,” says Dr. Stefan Stadler, Team Lead at the Domino Laser Academy in Hamburg. “We have a vision for our Laser Academy as a substrate centre of excellence where we can invest in scientific testing and coding of new materials, based on our exploratory research, as well as direct customer requests.

“By taking a scientific approach to laser coding, we can significantly accelerate the process of consistently and reliably creating an attractive, high-contrast code and ensure product safety and barrier properties are maintained – which is fundamental to our customers.”