A shortage of qualified personnel may be a drag factor in cell and gene therapies yet in China, 100,00L of capacity will need to be added every year to meet bio demand 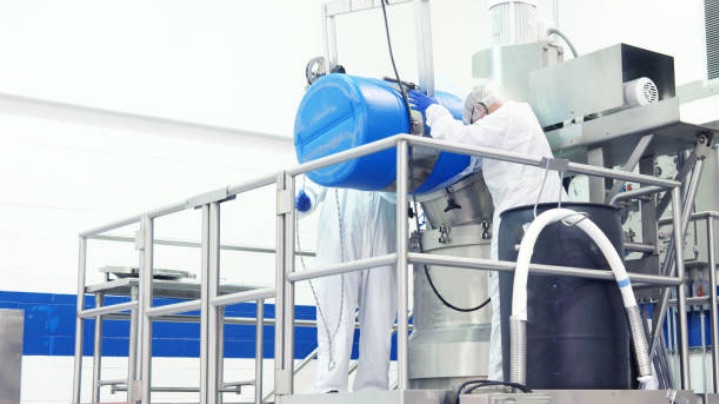 CPhI Worldwide has released the third part of its annual report focussed on bio in China and advanced biologicals. The report highlights growing opportunities for CDMOs in cell and gene therapies, as well as the needed capacity expansions to meet China’s burgeoning demand.

Michael E. Ultee of Ulteemit BioConsulting and Vicky Qing Xia of BioPlan Associates, two annual report experts, outline their views on the opportunities and challenges in the coming five-years ahead.

One of the key themes at this year’s BioProduction – which runs alongside CPhI Worldwide and covers the entire spectrum of biopharmaceutical development and production – is the industry-wide focus on increasing productivity and quality.

Encouragingly, Ultee forecasts that manufacturing in biopharma is now entering a new age of advanced processes whereby the overall cost of production could potentially begin to fall. He believes that in five-year’s time with the new processes now being applied, “manufacturing will become more efficient and cost savings will be delivered. Furthermore, economic pressure from biosimilars will push manufactures of these types of therapeutics towards lower costs".

Ultee suggests that many of the manufacturing challenges with biosimilars have been overcome and that hurdles to wider patient access are chiefly due to patent walls and litigation.

In advanced therapies, a lack of cell and gene expertise is now already causing potential issues in the clinical progress of many therapies, and there is a scramble for the most capable development partners, despite many CDMOs investing in capabilities.

“There is already a shortage of CDMO services for this type of work. The high valuations shown by recent acquisitions of CDMOs, such as Brammer Bio and Paragon Bioservices, bear this out. I expect the shortage to continue for the next few years until more development and manufacturing scientists are trained in this new discipline and CDMOs expand their offerings,” says Ultee.

The implications of these new targets is that there will be a realignment over the next one to three years in the areas of cancer and rare-disease therapies – with a greater focus on cell and gene therapies rather than recombinant proteins.

In her near- and medium-term predictions, Vicky Qing Xia explores the huge changes currently underway in China, with single-use reactors currently rapidly on the rise. In fact, by 2021 at a CAGR of 16%, the biologics market in China may reach $50bn.

Similarly, regulatory reforms – such as the MAH pilot – are seeing a bio services market growing even faster at above 30%, and forecast to reach $1.4bn by 2021. Qing Xia attributes this growth to several advanced players (primarily serving western customers) – notably WuXi Biologics, MabPlex, CMab and JHL biotech.

“The case for single use bioreactors is particularly strong for two groups: early stage mAb developers and biologics contract manufacturers. For mAb developers, single use technology offers the key advantages of less capital investment during project development stage as well as time-reduction in facility construction.

As most mAb developers in China are working on biosimilar/biobetter versions of mAbs against several established targets including TNF-alpha, PD-1, Her-2 or EGFR with usually multiple companies for each target, the time to clinical development can mean life or death for a project… Less capital investment during development is also extremely important for the small- to medium-sized biotech companies, as more often than not they are cash-strapped without enough resources for facility construction.

With both mAb development and outsourced bio-manufacturing on the rise in China, there is no surprise that single-use technology is getting more popular

With both mAb development and outsourced bio-manufacturing on the rise in China, there is no surprise that single-use technology is getting more popular, enjoying double-digit (some even project over 30% CAGR) growth in recent years,” explains Qing Xia.

However, Qing Xia also believes there may be a good degree of flux in the market predictions, particularly as new products transition between clinical and commercial supply, adding: “Many of the VC-backed developers would seek IPO, and Chinese investors are known to value fixed assets such as land, facility over IP and product portfolio. We see many developers outsource pilot-scale production, but they would then plan to build their own facilities when their project goes to late clinical stage.”

For Tara Dougal, Head of Content at Informa, the expert’s analysis shows that we are at a really significant point for the supply chain, as new technologies help bring about improved manufacturing processes. "It is also a big focus at both CPhI Worldwide and BioProduction this year and much of our content and, of our course, networking opportunities are designed to empower both exhibitors and attendees to meet partners that will help them prepare and deliver new solutions to help the industry expand in the next few years.

We see many developers outsource pilot-scale production, but they would then plan to build their own facilities when their project goes to late clinical stage

Additionally, P-MEC is also showcasing all of the global technologies to help deliver new manufacturing methodologies and sustain the growth predicted in contract services for both solid dose and biological drugs," she says.

The complete findings of the CPhI Annual Report are available for free at the CPhI website.