Affron is manufactured using a proprietary actives-saver extraction procedure, designed to optimise the preservation and concentration of the key active ingredients 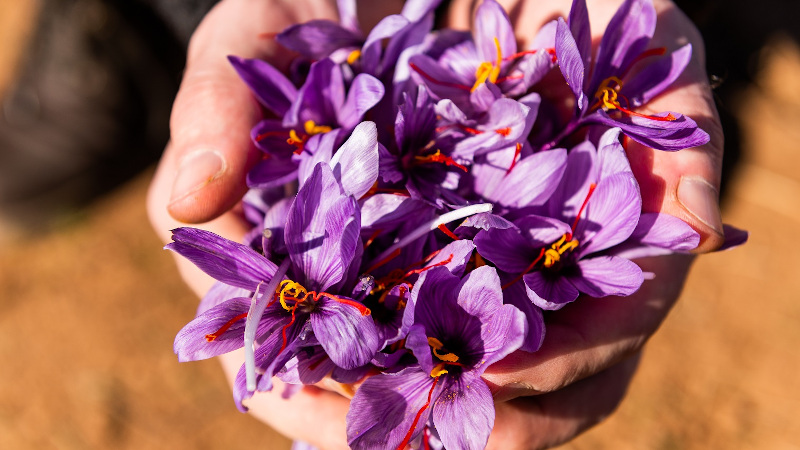 Pharmactive Biotech Products saffron extract, Affron, has been awarded a US patent for its positive role in low mood support.

The patent protects the proprietary composition and dosages of the ingredient which renders it effective as a mood-support agent. “This new accreditation marks a momentous milestone for Affron as it positions it as a leading-edge formulation at the forefront of the US cognitive health category,” said Marguerite Gerritsen, MD for Pharmactive.

Pharmactive’s saffron ingredient is based on a low-energy consumption extraction process of saffron (Crocus sativus L.). Affron is manufactured using a proprietary actives-saver extraction procedure, designed to optimise the preservation and concentration of the key active ingredients with minimal industrial processing, chemicals and energy use. Pharmactive has demonstrated its formulation’s fast-acting capabilities and bioavailability in a pharmacokinetics study, the company says. Additionally, the ingredient’s dose threshold is 28 mg per day.

Affron is standardised to a concentration of crocins and safranals — the carotenoid pigments responsible for saffron’s bioactivity, crimson colour, and prized organoleptic qualities. This is verified by means of HPLC (high-performance liquid chromatography).

The efficacy of Pharmactive’s extract, the company says, is supported by half a dozen clinical studies demonstrating a positive effect on multiple aspects of mental well-being. The research has reportedly highlighted the ingredient’s potential for relieving stress, improving mood, inducing positive feelings, and enhancing sleep quality.

“Affron’s mood-enhancement capabilities are owed largely to its role in the inhibition of the reuptake of mood-related neurotransmitters, according to the broader spectrum of scientific literature,” said Alberto Espinel, Head of Strategic R&D in Active and Functional Natural Ingredients for Pharmactive. “Affron possesses a potent antioxidant and anti-inflammatory impact. This capacity not only balances levels of key neurotransmitters, such as serotonin and dopamine, but also fights the oxidative stress that stress produces in the brain.”

Pharmactive’s patent request delineated the effective dose and appropriate concentrations of safranal and crocin compounds in the final extract as a critical condition for exerting a positive effect on disorders related to mood.

To overcome the common hurdles experienced by saffron formulators in extracting the best of the active substances from the stigmas of this highly revered and priceless botanical, Pharmactive introduced an improved step in separating the active substances. Their extraction technique is based solely on water resulting in an ingredient that is clean of any solvents or alcohols.

The patent is paralleled with an Informed Ingredient certification mark, awarded in recognition of the ingredient’s safety profile. This is in addition to Affron’s previously earned accreditations by international bodies, including EU Organic, DNA certification (True-ID) confirming the authenticity of its botanicals, doping-free, Kosher, Halal.