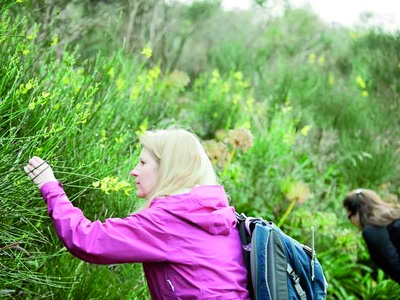 Symrise is one of the first signatories of the “Business and Biodiversity Pledge,” a voluntary commitment to the objectives of the UN Convention on Biological Diversity (CBD).

By doing this, Symrise is again sending a clear signal about the global protection of biodiversity and the sustainable use of biological resources.

Intact ecosystems and rich biodiversity are important sources of innovation and inspiration, making it the natural capital for Symrise.

By signing the “Business and Biodiversity Pledge,” Symrise is underscoring its responsibility to protect and preserve this natural capital for current and future generations.

Symrise, as an active player in the FMCG sector, is affected both directly and indirectly by global challenges such as the increasing loss of biodiversity. At the same time, the Symrise business model is connected to potential effects on species and ecosystems, which the company is addressing systematically through its corporate biodiversity management.

For this reason, Symrise is committing itself, as a company with a global network, to acting sustainably in accordance with the core goals of the UN Convention on Biodiversity by signing the “Business and Biodiversity Pledge.”

Specific measures for implementing its biodiversity agenda range from sustainable raw materials and supply chain management to product development. It also includes direct involvement locally, such as in the Amazon region of Brazil or in Madagascar.

At the same time, Symrise acts as an ambassador for biodiversity: as a company, it spreads awareness for the need to protect species and ecosystems through manifold initiatives with various players, and reports on its measures in a clear, understandable way.

“Symrise has been dedicated to protecting biodiversity and natural habitats for many years,” said Hans Holger Gliewe, Chief Sustainability Officer at Symrise. “We want to continue to bolster protecting the environment and natural resources in conjunction with our core business, which is why we are among the first to sign the Business and Biodiversity Pledge, whose requirements will increasingly shape the Symrise sustainability strategy.”

Biodiversity, by definition, comprises the diversity of natural habitats, ecosystems, plant and animal species as well as genetic variety within the species. According to the UN Environment Programme, more than 16,000 species around the world were endangered in 2007. The total number of species has decreased by 40% between 1970 and 2000.

The UN Convention on Biological Diversity was created to counteract further loss of biodiversity around the world. The biodiversity convention or “CBD” was agreed at the United Nations Conference on Environment and Development (UNCED) in Rio de Janeiro in 1992.

The three main goals of the UN Convention are the conservation of biological diversity, the sustainable use of its components and the fair and equitable sharing of the benefits arising out of the utilisation of genetic resources.