Phosphatidylserine is an important structural component of cell membranes and is found in concentrated amounts in brain cells. It can stimulate neurotransmitter release, activate ion transport and increase glucose and cyclic AMP levels in the brain

Cognitive health foods are expected to grow at a compound annual growth rate (CAGR) of 11.8% between 2009 and 2014. Phosphatidylserine can help to improve the brain functions that decline with age, enhance memory function and reduce the stress response to acute stressors.

The Memree brand includes a line of products that contain high quality, soy-based phosphatidylserine (PS), which is a naturally occurring phospholipid obtained in the diet from soy, eggs, meat or legumes. The average dietary intake is approximately 80mg/day. PS is an important structural component of cell membranes and is found in concentrated amounts in brain cells.

PS can stimulate neurotransmitter release, activate ion transport and increase glucose and cyclic AMP levels in the brain. In ageing, the decline of these functions is associated with memory impairment and decreased mental cognition. Research has shown that, as we age, the amount of PS in our brain cells begins to decline. Plus, the intake of dietary PS sources generally decreases as we age. Supplementation with Memree can increase the dietary intake of PS and help to restore adequate levels of PS in our brain cells.

Age-related cognitive decline can be grouped into three different categories:

Phosphatidylserine has been widely studied as a cognitive health ingredient. Numerous studies have shown that PS helps to improve the brain functions that decline with age. Specifically, PS has been shown to improve memory retention and support mental concentration. Palmieri and colleagues (1987) supplemented 30 men and 57 women aged 55–80 with mild cognitive deterioration with 300mg of bovine PS or placebo for two months.1 This randomised, placebo-controlled double-blind trial found a significant improvement in memory, daily activities, orientation and spontaneity.

Villardita and colleagues (1987) performed a 3-month multicentre, double-blind, placebo-controlled trial in which 85 men and 85 women aged 55–80 with early moderate cognitive deterioration were supplemented with 300mg of bovine PS per day.2 Of the 24 outcome measures that tested for attention, memory and verbal skills, there was a significant improvement in 14 of them.

The third study worth mentioning was done by Crook and colleagues (1991).3 In a double-blind, placebo-controlled trial, 149 subjects aged 50–75 with age-associated memory impairment were supplemented with 300mg of bovine PS or a placebo for three months. Six out of 20 outcome measures significantly improved, compared with placebo, and in a subgroup with more advanced AAMI, the results were even better.

As bovine PS differs in its fatty acid composition compared with soy PS, the question remained whether soy PS would have the same beneficial effects on cognitive functions. Three trials have been done specifically to investigate this issue. Gindin and colleagues (1992) hypothesised that supplementation with soy PS would prevent or reverse age-related neurochemical deficits.4 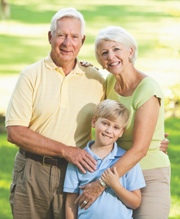 For three months, 72 subjects aged 60–80 with AAMI were supplemented with 300mg of Memree PS or a placebo every day. After the supplementation period, significant improvements in some components of the Wechsler Memory Test score, namely information, visual memory and memorising numbers, were found in the Memree PS group. Although the placebo group showed a significant increase in depressive symptoms (winter blues) between the study start (late summer) and end (winter), the Memree PS group did not show such symptoms.

In an historical prospective study, the same research group (2000) assessed the long-term usage and safety of Memree PS by reviewing the records of patients with various degrees of cognitive impairment that had been treated with the product (68 patients aged 44–92).5 They collected both subjective and objective data from patients and families, and concluded that there was a statistically significant positive clinical influence of PS treatment in most categories of patients suffering from cognitive impairment.

No specific adverse effects related to supplementation with Memree PS were found. And, except for a single case, no cognitive deterioration was observed in the treatment group (compared with the normal and expected natural cognitive deterioration). All patients had a positive attitude towards the Memree PS treatment and continued with it at their own expense for more than a year.

Finally, Japanese researchers (2010) supplemented 78 subjects aged 50–69 for six months with 100 or 300mg of soy PS per day in a double-blind, placebo-controlled, randomised trial.6 No adverse effects were observed in the extensive safety testing; in addition, no clinically significant changes in haematological or biological blood parameters, vital signs or urine parameters were observed. Memory function was found to improve, especially the delayed recall function, in the elderly with memory complaints. Interestingly, the effects were equally observed in the high dose group (300mg of PS/day) and in the low dose group (100mg of PS/day). These newer studies support the use of soy PS to support cognitive function as well. PS is the only cognitive health ingredient for which the US FDA (United States Food and Drug Administration) allows a qualified health claim.

MemreePlus supplementation has been shown to affect the stress response, including reducing cortisol levels and distress. In a first double-blind, placebo-controlled trial, participants took either a MemreePlus supplement or a placebo for three weeks.7 After three weeks of supplementation, participants completed the Trier Social Stress Test (TSST). Salivary and serum cortisol were measured, as was perceived stress. Participants in the 400mg arm of the study showed statistically significant decreased levels of cortisol and distress after the stress test. 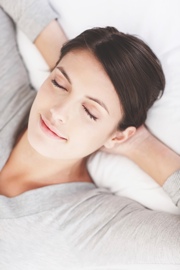 A new study published in the July issue of Lipids in Health and Disease confirms that supplementation with MemreePlus can decrease the stress response in chronically stressed male adults.8 Seventy five healthy male adults were enrolled in this double-blind, randomised, placebo-controlled study, stratified by chronic stress level, and randomly allocated to one of three study arms. After six weeks of supplementation, participants completed the TSST, which comprises a job interview style presentation followed by a mathematical challenge and is designed to provoke a certain stress response.

Stress biomarkers were assessed before and at certain time intervals after the TSST. Compared with the placebo, supplementation with a daily dose of MemreePlus — providing 400mg of PS and 400mg of PA — was effective in normalising the ACTH (p = 0.010), salivary (p = 0.043) and serum cortisol responses (p = 0.035) to the TSST in chronically high but not in low stressed subjects (all p >0.05).

As mentioned above, earlier studies have used bovine PS, as all PS was historically obtained from bovine cortex (BC-PS). Owing to the potential transfer of infectious disease, however, this supplement is now considered to be unsuitable and is no longer available. More recently, soy-derived phosphatidylserine (S-PS) has become accepted as a safe alternative.

The Memree line of products is produced according to strict safety and quality standards in a state-of-the-art cGMP facility. The production process for Memree involves a series of enzymatic reactions starting with soy-derived phospholipids and cabbage-derived phospholipase D. The enzymatic reaction is done in water and is free from any solvents. At the end of the process, Memree is extracted and stabilised as a liquid or powder for use in end-consumer applications.

Since June this year, MemreePS can now be used for food applications such as yoghurt-based foods and beverages, cereal bars, chocolate-based confectionary and milk powder-based drinks in the EU. Following the submission of a Novel Food enquiry by Lonza, the Finnish Food Safety Authority, EVIRA, has approved the use of MemreePS products based on substantial equivalence with respect to its composition, nutritional value, metabolism and intended use as described in Decision 2011/513/EU. MemreePS has already been approved for various food categories in the United States by the FDA (GRAS) and in China, and for use in supplements in the EU, Switzerland, Russia and other regions/countries.