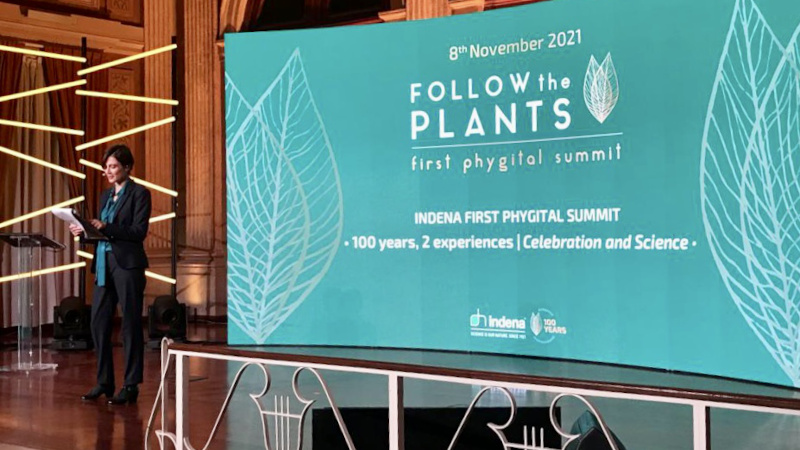 As part of its centennial celebrations, Indena held its first 'phygital' summit on November 8th, with an in-person event in Milan, Italy and a simultaneous online livestream. The event allowed Indena to "celebrate one hundred years of botanical excellence applied to medicinal plants, and to tell the company’s vision for the next century.

On the theme of 'botanical science applied to human health,' the company discussed the history of taxanes as applied to medicinal plants, its scientific approach to dietary supplements, the quality of botanicals, among other topics.

Opening the Summit, IdB Holding VP Benedetto Della Beffa said: “Everything began on the first of August 1921, when Carlo Boccaccio Inverni published his first list of titrated botanical extracts. It was the beginning of a new company, which my grandfather Biagio Alberto Della Beffa, then a Cavalry Officer in Permanent Active Service, would later join. In the years that followed, his son Luigi Della Beffa, my father, grew the company, making it a player of global scope. Today Indena is global market leader in botanical derivatives for the pharmaceutical and nutraceutical industries and offers avant-garde CDMO (custom development manufacturing organisation) services. If we can boast 90% exports and can number important multinational companies in the sector among our main customers, this is due to the founders’ strong vision, which still guides us today and brings capital oriented towards long-term results in relation to more sustainable growth”.

“The intriguing opportunities that are ahead of us in the future include several new areas of development. People are looking with interest to their holistic wellness; for this reason personalised care will grow in importance and the focus will gradually move from treatment to prevention," said Indena MD Daniele Giavini. "Encouraging and empowering people to become a healthier version of themselves is a goal with global impacts, made possible also by the advent of digital health solutions. Indena develops, manufactures and sells several active ingredients that can successfully contribute to this new idea of well being".

Through artificial intelligence platforms, the company says it will be able to extend the beneficial properties of existing botanical ingredients and identify leads for additional indications. It has also begun major investments in its production lines for high potency molecules, with the aim of improving its CDMO service offering.

Sustainability was a guide for the company in organising the summit. For the event, the company designed and implemented a sustainable management system in order to get international certification according to the ISO 20121 standard, which stipulates the usage of low consumption LEDs, no disposable plastic, equipment recycling, local suppliers, safety and security, CO2 emissions calculation. The sustainable management process is voluntary and it will be verified by third party.

Some of the company’s history and developments were presented during the summit by scientists as well as the company's own R&D department. Celebrating this scientific heritage, the company marked the first edition of a biennial prize in partnership with the International Summer School on Natural Products. To the three winners, Valeria Cavalloro, Silvia Scarpato, Sofia Drakopoulou, the company is offering a financial reward and an internship.