An epidemic on more than one level! How supermarket offers and US-style restaurant portions are contributing to expanding waistlines while buckling the knees of waste management facilities in the UK at the same time

Ever since the definition of a ‘healthy’ bodyweight changed in the 1990s, the world seems to be facing an obesity epidemic. The World Health Organization (WHO) convened an expert consultation in Geneva that formed the basis for a report that defined obesity — not merely as a coming social catastrophe, but as an 'epidemic'. The word epidemic is crucial when it comes to making money out of obesity, because once it is an epidemic, it is a medical catastrophe. And if it is medical, someone can supply a 'cure'. This article explores the connections between obesity in adults and food waste in the UK.

Experts predict that the number of obese people in the UK will reach the 26 million mark by 2030, which equates to more than a third of the population: the Chartered Institute of Environmental Health (CIEH) is calling for action from companies to tackle the problems associated with over-eating.

It’s a change in focus for health bodies that have previously put the emphasis on individuals to control their food intake. The cost of food being wasted in the UK, from the hospitality and food service sector alone, was estimated to be £2.5bn per year in 2011, according to recycling charity WRAP. They predict the bill will rise to £3bn by 2016.

But how do we connect obesity with rising levels of food waste? Surely, the less we buy, the less we waste. Or is it the more we eat means the less we waste? We live in a consumer world, food is not about survival, it’s about social interaction, it’s about money — manufacturers and retailers make it, consumers spend it. The weekly shop is not about getting the essentials; we are bombarded with value promotions (BOGOF, 2 for 1, Eat for Free, etc.) and we’ve all bought them because they are visible in every supermarket, convenience store and restaurant. 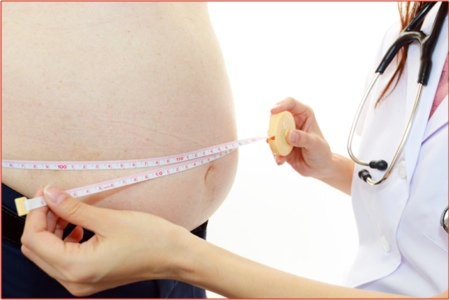 The retailer model is clear: attract customers, increase basket spend and retain customers. The big supermarkets do this with vigour; value offers are a good way to sell off excess stock rather than write it off the balance sheet as waste. Marketing is widening the waste line of this country. The manufacturers are trying to achieve a target of growth, the retailers are buying in a way to reduce unit cost and because we are in austere times, the consumer wants a ‘good deal'.

When we join the pieces together, it can be clearly seen how the food industry has a direct impact on consumer behaviour and, subsequently, their waste lines. Of course, there are many other factors affecting obesity, but this conundrum does have an impact on the increased amount of food being consumed and consigned as waste.

According to statistics on rising obesity levels and food waste, we as a nation are guilty of both. I wonder how many people (hand on heart) can honestly say they have never picked up an out-of-date ready meal or pack of fruit or veg … and thrown them away (still in their pristine packaging, which will undoubtedly appear in landfill) because we just didn’t get around to eating them. The deal doesn’t feel so good in this instance does it? Or similarly, I wonder how many of us were brought up to finish everything on our plate (did somebody mention austerity?).

So, back to the obesity epidemic: there are many theories regarding why, as a nation, we are getting fatter, year on year. Some research suggests that regional areas have a hand in the causes, meaning they may be prone to higher fat diets — derived from times when the main employment was industrial and very physical. But given that the industrial revolution ended some time ago and many jobs now do not demand the same physical effort, we must look to other theories to try and fully understand the problem.

Speaking to Sky News in September 2014, Jenny Morris, Policy Officer at CIEH, said portion sizes in the UK were simply 'too big', adding: 'It seems obvious to me that an easy solution is to produce only the amount of food that is going to be consumed or that is needed. I think that it is business that needs to lead on it because it is business that is in control. It hasn’t always been the focus up until now.'

Another worry for the agenda is that of farmers who produce for supermarkets: an estimated 30% of their crop will be rejected for one reason or another (nobbly carrots, bent cucumbers). And so, if 30% of what we buy ends up in landfill, this suggests that considerably less than half the food produced is actually eaten. It doesn’t matter whether its ribs, burgers or broccoli, pizza, curries or potatoes, here is the closing fact: more food than we need means expansion in either waistline or waste disposal, but will be generally both.

There isn’t one clear solution to reduce obesity or to halt the increasing volume of food waste being created. This paper isn’t meant to be the answer but, hopefully, it will feed the debate. The message is easily digestible; we need to reduce both waists and waste; otherwise more funding will be needed to treat the burden food is creating in our society.

Tony Mottram is the Commercial Director at GPT Waste Management.