A new frontier in infant nutrition

Although human milk remains the best option for nourishing infants, not all parents are able to feed their babies breast milk.

Research also indicates that commercially produced HMOs such as CARE4U can mimic some of the health-promoting effects of the HMOs present in human milk, helping to close an important gap between human milk and infant formula.

Furthermore, their benefits may extend beyond infancy: initial research shows support for a healthy microbiome in adults, and DuPont is uncovering ways in which the health benefits of HMOs can be used in dietary supplements (singularly or in combination with probiotics), extending the advantages of HMOs from infancy into adulthood.

Of the more than 130 oligosaccharides in human milk, 2’-fucosyllactose (2’-FL) is the most abundant, although the types and levels of HMOs vary considerably among women, geographical regions and stages of lactation. Currently, a number of the most abundant HMOs can be produced by fermentation, enabling scalable production.

Clinical studies with these products suggest that infant formula supplemented with commercially produced HMOs is safe and well-tolerated. As a result, multiple product launches in infant nutrition and dietary supplements confirm the commercial interest in 2’-FL and other HMOs.

HMOs promote and maintain health from birth through early life. Highly bifidogenic, they promote bifidobacterial-dominated microbiota, strengthen the gut barrier function, act as decoys for pathogens and stimulate the immune system. Other benefits include

There is a clear distinction between the metabolites produced during the growth of the probiotic Bifidobacterium infantis Bi-26 with 2’-FL compared with lactose. Bi-26 produces higher levels of 1,2-propanediol, acetate, formate and pyruvate (NMR and GC data).

And, in addition to the expected and known metabolites, Bi-26 also produces a group of as-yet assigned compounds at higher concentrations with 2’-FL compared with lactose.

From a genetic perspective, Bi-26 contains the HMO gene cluster that was previously detected in B. infantis ATCC 15697, which is responsible for the transport and breakdown of HMOs.

Most of the genes in the Bi-26 HMO cluster are upregulated at early, middle and late stages of growth with 2’-FL compared with lactose or GOS. Plus, in addition to the HMO cluster, transcriptomic analysis has revealed several novel gene clusters throughout the genome that are involved in the transport and breakdown of 2’-FL.

Developed in-house by DuPont to study the effects of pre- and probiotics on the bacterial composition and fermentation end products in the colon, the EnteroMIX simulator models the different stages of fermentation from the proximal to the distal colon. In controlled conditions, faecal samples from nine infant donors were assessed for microbial composition and metabolites in the presence of a control, 2’-FL, lactose and GOS.

The HMO was found to induce changes in the simulated infant microbiota. 2’-FL — as well as GOS and lactose — increased the amount of total Bifidobacteria.

The alpha or mean species diversity was lower in simulations run with breastfed donors compared with formula-fed donors, whereas beta diversity or species composition clustering showed significant effects related to the donor, feeding type and treatment.

Looking at the relative abundance in combined simulation vessels, 2’-FL had more effect on Bifidobacteria in breastfed donors, whereas Lactobacillus was significantly increased in formula-fed donors by lactose and GOS, and breastfed by GOS.

At >98% 2’-FL, CARE4U, which is produced by microbial fermentation, is the highest purity product available on the market today, with superior powder properties that allow for easy formulation.

Using E. coli K12 as a host organism (commonly used for enzymes, insulin, vitamins, etc.), glucose and lactose are fermented to form 2’-FL and other carbohydrates.

The product is defined as non-GMO as the micro-organisms used to produce CARE4U are not actually present in the final formulation. As such, CARE4U does not consist of GMOs, contain GMOs, nor is produced from GMOs according to the definitions of EU Regulation 1829/2003 and 1830/2003.

CARE4U has received regulatory approval in countries around the world. In the US, for example, having reviewed all the available safety data and 2’-FL levels in human milk, an expert panel concluded that there were “no safety concerns for 2’-FL under conditions of intended use” for dietary supplements. It has also received GRAS notification for infant formula and toddler food use from the US FDA (no objection at 2.4 g/L max).

In the European Union (EU), CARE4U has novel food status for use in infant and follow-on formula, foods for young children, medical foods and other foods. It may also be used as a dietary ingredient for supplements in both the EU and the US. 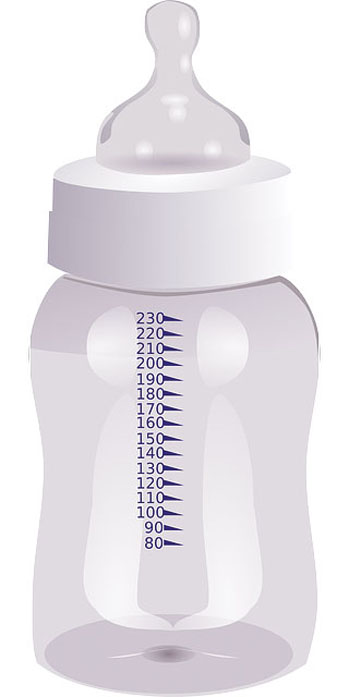 The known benefits of HMOs in immune and digestive health during infancy have the potential to be extended to older children and adults. When there is an imbalance in the microbiome because of an overgrowth of harmful bacteria in the gut compared with beneficial bacteria, it can lead to conditions such as inflammatory bowel syndrome and other metabolic diseases, including obesity and diabetes.

HMOs show promise in helping to restore the balance of the microbiota in adults. Dietary supplements offer a unique format to address the needs of this population and HMOs can be combined with probiotics to deliver targeted benefits.

In addition to the increase in relative abundance of Actinobacteria and Bifidobacteria with HMO supplementation, the study also showed that HMOs up to 20 g were well tolerated in adults.

Our research suggests that commercially produced HMOs such as CARE4U are highly bifidogenic and act as a decoy for pathogens. They produce different metabolites compared with lactose and help to shape a healthy microbiota.

An HMO gene cluster was identified in Bi-26, which is responsible for the transport and breakdown of HMOs; Bi-26 produces metabolites in combination with 2’-FL that may support the integrity of the gut epithelium.

And, finally, unlike infant formulas that cannot mimic the composition of breast milk, commercially produced HMOs can mimic some of the health-promoting effects of the HMOs in human milk.

With decades of research and development experience in the area of infant nutrition, DuPont has worked with manufacturers to successfully introduce other key ingredients, such as protein and fibre, into their infant formula products.

This, combined with our leadership in the fields of microbiome science and pre- and probiotics makes DuPont uniquely suited to guide producers of infant and toddler formulas as they enter this new frontier of infant nutrition.